I've been looking at some magnificent renditions of D-Day wargaming recently and it cast my mind back to when my little group did something similar.
I used to collect 1944 British and Germans around the turn of the century as we discovered "Rapid Fire!" rules in about 1996 and just progressed with them till the second edition came along in about 2005/06. I looked back in the Cheltenham Greatfield Wargames Club magazine "The Greatfield Galloper" Winter 2005 edition and found an account of how I staged the assault on the LeHamel sector of the British beaches.

I organised and umpired and we had two players per side. It was based on the scenario in the "Rapid Fire!" D-Day campaign book, and if you want to read the account I published at the time, with the orders of battle please check out this link to my Downloads sidebar LeHamel refight article from GG12 Dec 2005

We played on my old sandtable which was only 7 feet x 5 feet and most of the buildings and defences are scratch built. I spent a fair bit of time kit bashing to come up with cheap and cheerful versions of the 79th Armoured Division's "funny" armoured vehicles and a few appear in the photos. All items are notionally "20mm" from a variety of manufacturers.

No point giving any detailed captions, I'm just enjoying the nostalgia of a game from 14 years ago, and also remembering a fantastic 3 day guided tour of the Normandy battlefields with my son in 2003 which aided my modelling. Apologies for the quality of the old photographs. 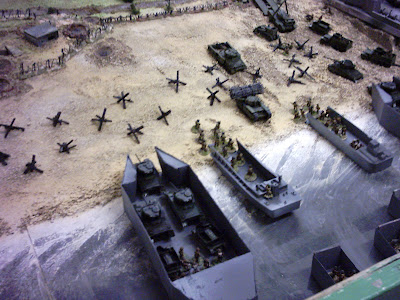 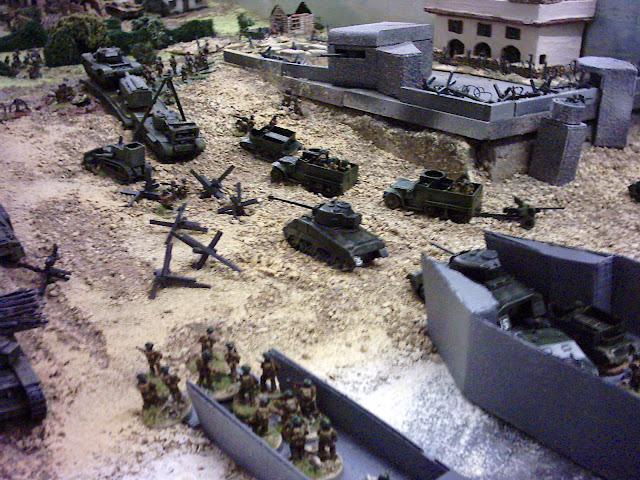 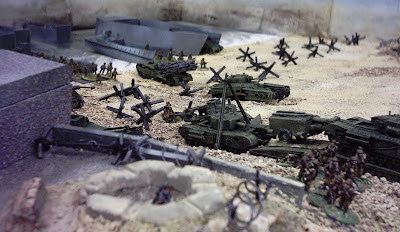 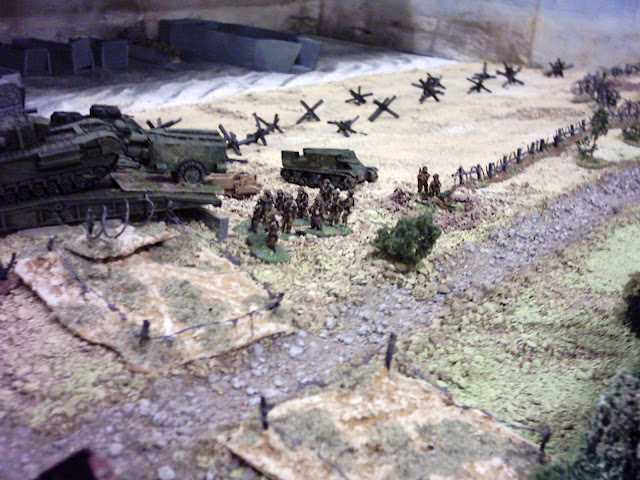 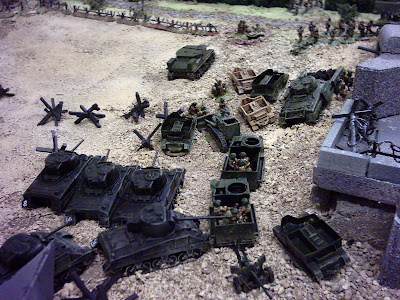 In our refight the British players got bogged down and did not manage to achicve their objectives in the time allowed.
Posted by Chris Gregg at 00:20