When Kevin East got back in touch with me after 37 years it was delightful to find that he had been developing his artistic skills on 28mm little tin men of the Waterloo era. He sent me some photos and I was so impressed I wanted to share them with the world. Kevin is very modest about his talent and is only tentatively getting back into wargaming without having many games or a regular opponent during the last 5 years, so I thought it also worth sharing some extracts from his emails, along with the photos.

Kevin has written, over several emails:
"......As you know I have a passion for the Napoleonic era particularly 28mm scale so I have copied you in on some photos I have taken over the last 5 years of models I have painted ( all 28mm). At present I only have French, Prussian and British/Dutch Belgian forces.....from 1815. Hope you like the photos."


The first ones are Polish and Dutch Lancers of the Guard 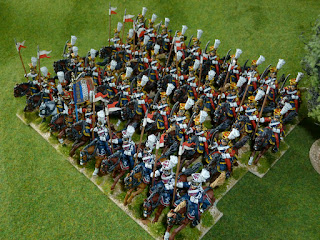 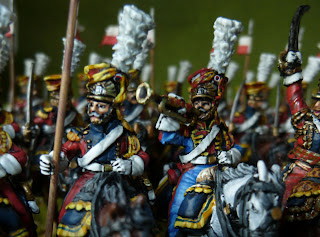 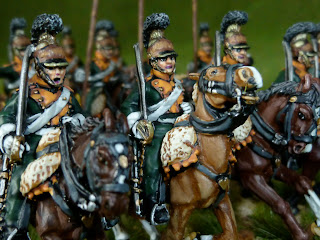 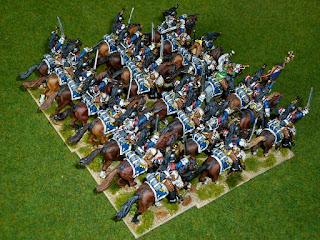 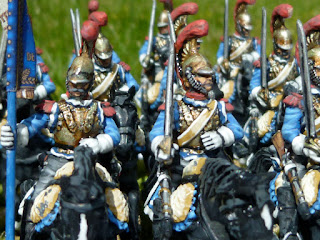 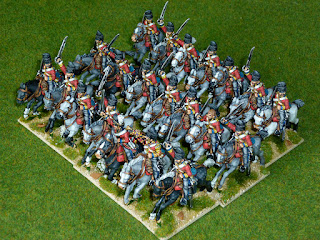 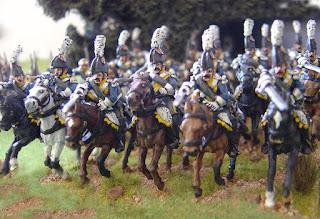 (and continued........)
"Also good to see your blog which was very interesting and great to see the high standard of games that you continue to put on - very impressive! (Thanks Kevin! CG) . I could definitely do with some guidance on how to make the scenery as I will be starting that in a few years time after I finish my French army............. Presently, I am spending a fair bit of time painting wargames figures to an OK standard - really need to work on the detail more - but the old eyes just can't see it! Although you know what it is like as an artist one is never satisfied with the outcome of one's work as there is a feeling that one could always..... "do better". Guess its the perfectionist in us. I need a lot of improvement to get them to professional standard where a manufacturer would use them for photos - that's the aim but very difficult to achieve. Keep practicing as they say! I enjoy painting them that's the main thing and I am really looking forward to rekindling my passion for the game again."

(Kevin said he could use his models in our group's Napoleonic games as ) "my figures might prove useful too as they can be broken down into 24 figure battalions rather than the 30,32,36 and 40 that they are now. Mine are based for the 'In the Grand Manner' rules with large numbers of figures per unit 18,24,40 figures for cavalry for instance. Although I believe these scale units are fine for 'Black Powder' (which I would really like to try out) or 'Republic to Empire' rules too. My target at the moment is 80 different units and to date I have painted 44 - just over half way there! I don't get to wargame with my figures much except when I get to take some to Foundry and include them in a game there - which is very rare. One of the unfortunate things is that the Prussian and British/Dutch/Belgian forces that I have have no infantry opposition as I am yet to paint my French line infantry!! Something I am actually starting on now as the first line battalion is on the painting blocks. It takes me about a month to paint a unit as I am averaging 12 units a year so it will take me a good year to get 12 French infantry battalions together before a table top action could take place (at least with only my figures on the table). Shame really but I am persevering!"

So for now I have persuaded Kevin that we should both try out Blackpowder and put some of his lovely units to good use. But with my full diary there does not seem to be any spare time till December. Meanwhile we will keep each up the momentum of new-found friendship by meeting up for other purposes. Kevin said he is happy for anyone to email him if they have ideas or tips, and maybe if there is a kindred spirit for 28mm Napoleonics in the Bristol area get in touch with him.  kevineastuk@yahoo.co.uk. Failing that please give him some encouragement with your comments on this blog. Thank you. CG