Regular followers of my blog will know we have been playing Napoleonic test games with Rank and File rules over the last 18 months with a view to refighting Quatre Bras at 1:20 scale with 28mm figures. Well the time has come.
That scale, chosen by Kevin East, whose brainchild this is, means that my wargames room can't do justice to the whole battle at once. So we are doing it in two parts. The first will be over the weekend of 23-24 September here in my sleepy Cotswold village. This blog will introduce you to the terrain, which I have custom built for the purpose. 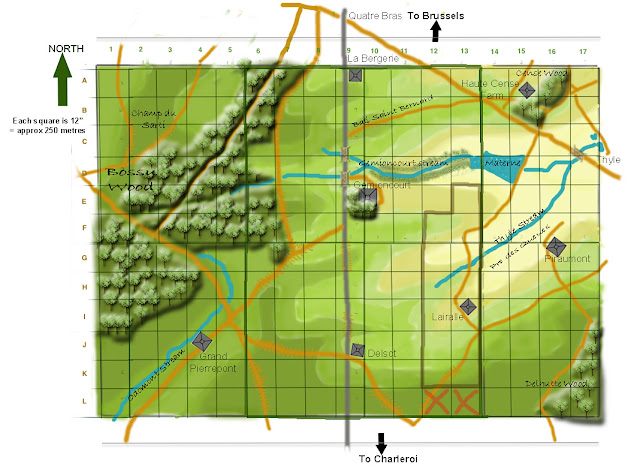 Historical background
As most will know, the combined Allied corps of Dutch-Belgians, Brunswick and Nassau troops held a line of rising ground south of Bossu Wood and Gemioncourt Farm on 16th June 1815, blocking the path of General Reille's II Corps on the main chaussee to Brussels. This defence vexed Marshal Ney somewhat and he did not commence his attack until 2pm. Even then his force was not overwhelming and it took a couple more hours to bring up all three of his infantry Divisions and use his cavalry division properly. We are taking our starting point about 2.15 and having approximately 15 minute moves will hope to get as far as 6pm over the weekend's game. During that time both sides will be steadily reinforced which should give our 6 players plenty to do as Kevin will be getting the commanders, Ney and the Prince of Orange, to predict a couple of moves ahead where each batch of their reinforcements will arrive. The French army contained a lot of veterans and the Allies a lot of inexperienced or less motivated young troops, so we expect a battle where advantages lie heavily on one side at first giving way to more difficulty as British and Hanoverians arrive later in the game. Where we end up by 6pm real time on the 24th will set the scene for Part Two, in Spring 2018, covering the period up to darkness about 9.30pm. Hopefully we will need to build the game round the Quatre Bras crossroads for that.

Kevin has worked up the complete orders of battle and the project team members have assembled all the units required for those 4 hours (well I promise my Hanoverian brigade will be ready!!). I'm just the humble terrain builder and host.

The terrain
I put together the map as shown above from various historical and published sources and simplified the contours. I then rebuilt the sides of the table to the same 12 foot long dimension we used for the Waterloo refights in 2015. That involved an 8 feet wide L-shape and a 7 feet long "extra bit" to rest on a side table (I have to clear my paints and brushes away for the event). These big "boxes" were then filled with my usual method of cardboard, polystyrene, paper and papier mache according to the required contours and then covered with all kinds of textured material and plaster/sawdust gunge to represent the roads and crops.  Here is a selection of photos of the completed terrain populated by a  few units just to give a sense of scale. 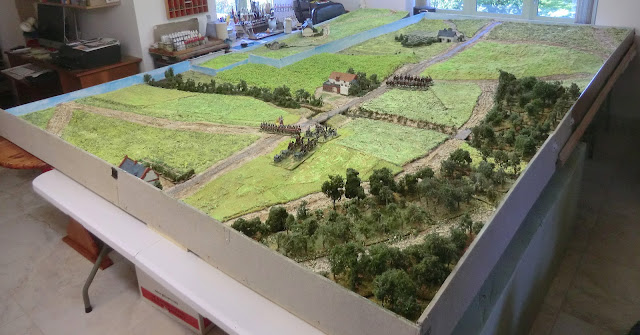 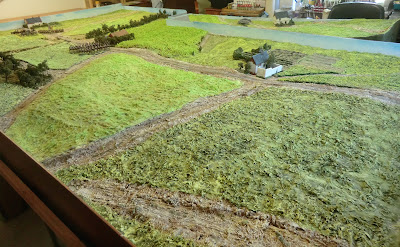 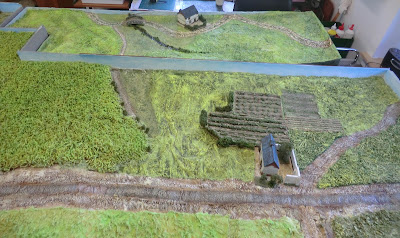 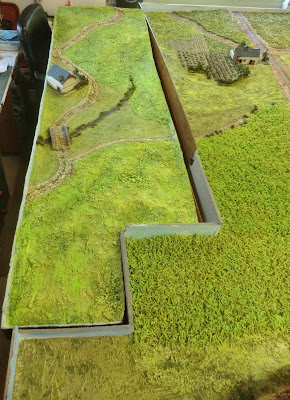 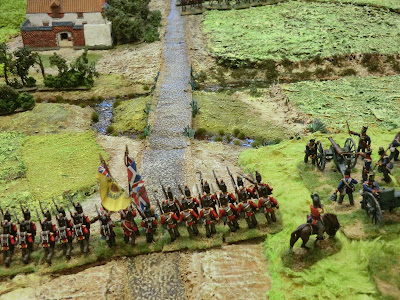 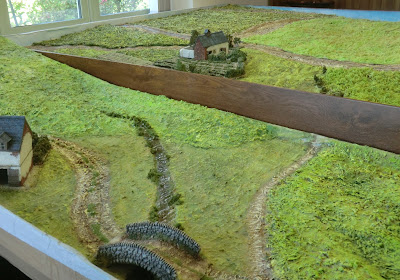 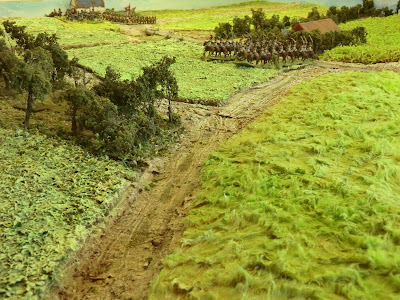 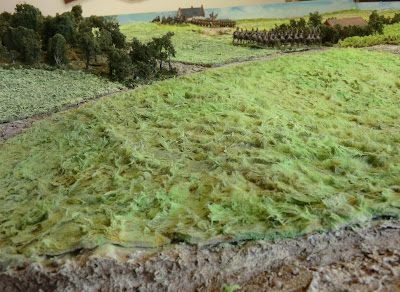 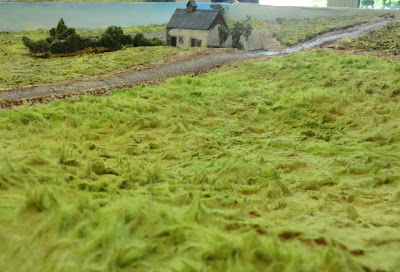 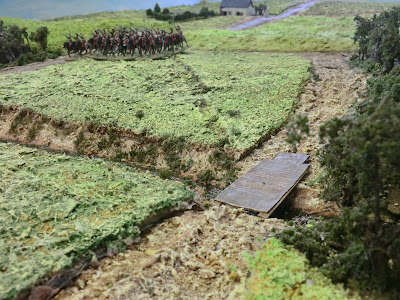 Off table movement
There is more to Quatre Bras than we can fit into 12 feet x 8 feet and the players may wish, as historically, to skirmish in Bossu Woods or to contest the Piraumont - Thyle flank area. So they will have limited options to do so on a 15" x 12" map and magnetic counters operated by yours truly using a simplified set of rules in a kriegspiel fashion while they battle out with figures on the central playing area. Assuming the players are suitably restrained in their flank ambitions this will have the following advantages:
1. We can use the full historical orbats in the correct space, such as Nassauers in Bossu woods
2. The players have options to try some manoeuvring on the flanks and can come back onto the main table later if desired
3. We can keep track of losses suffered in any flank area fighting
4. We will be well placed for QB2 to have units already in a wider play area depending on how we decide to reshape the second battlefield. 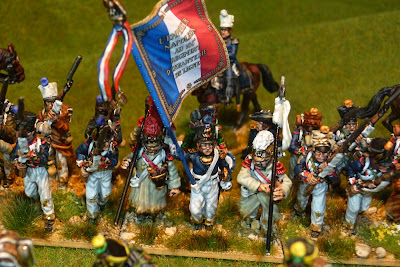 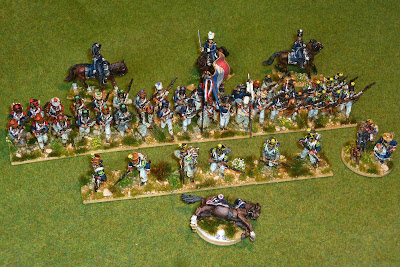 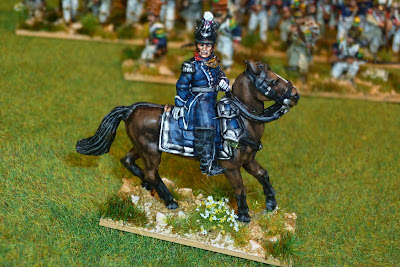 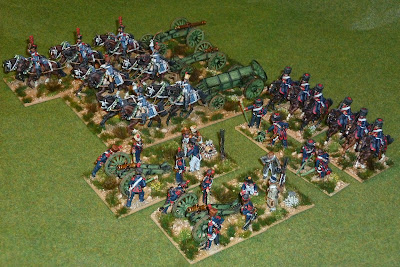