Kevin East just gets better and better. It's with great delight and privilege that I can present to you his latest contribution to our 1:3 scale Waterloo (La Haye Sainte) wargame. Please take a look at the photos; this man is so talented he has painted in the teeth of the open-mouthed charging troopers and they don't look out of scale. You'd never believe these are "just" for wargaming.  We will need about 80 figures for our scenario to make the 2nd Life Guards; we have about 34 so far so I will be making up the shortfall when James Fergusson has supplied me with the raw material for my conversions.
Meanwhile, feast on Kevin's batch and enjoy his account of their production: 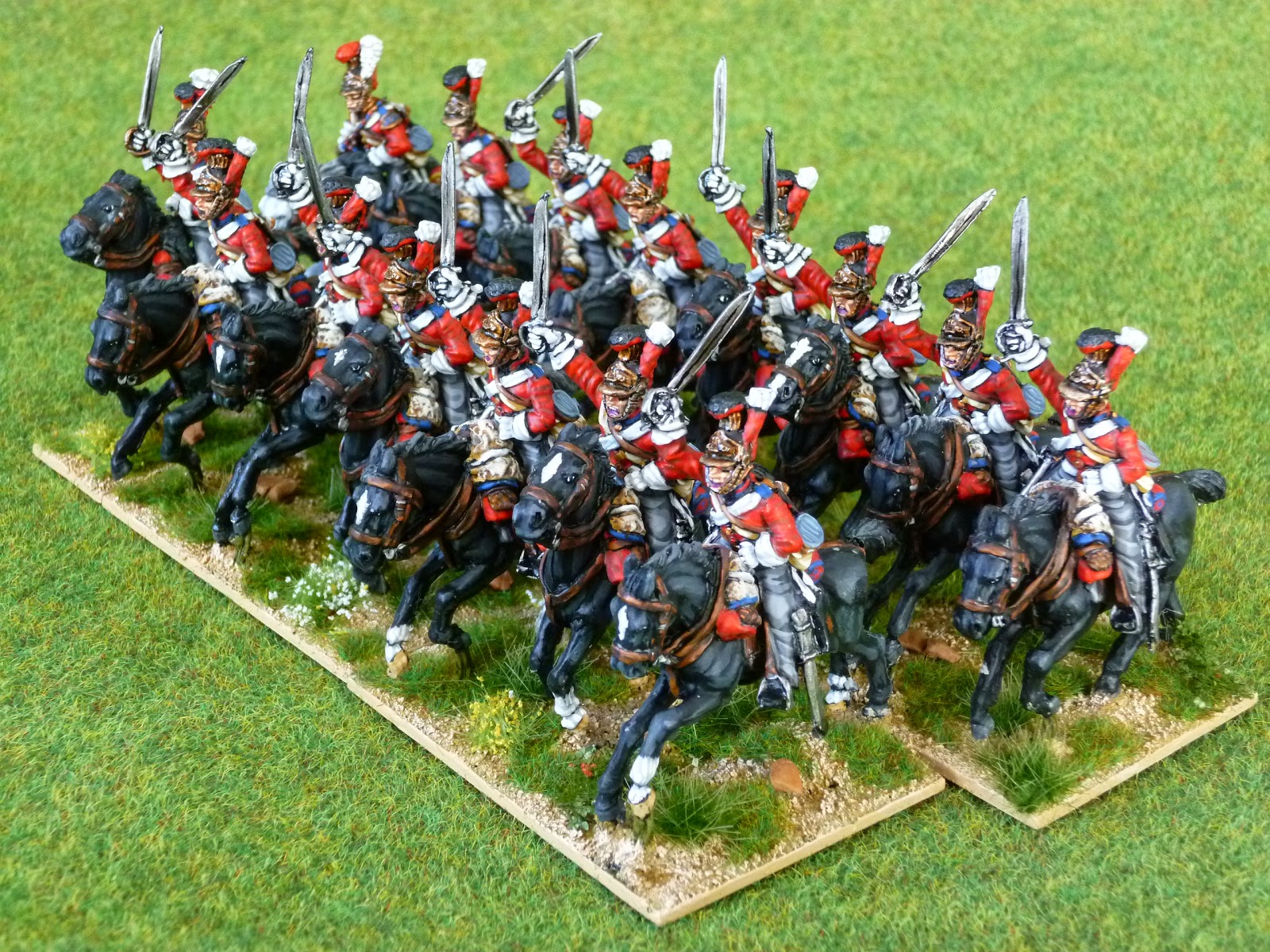 "Here’s a small addition to the Life Guards that Chris has already produced for the 1:3 Waterloo games.
waterloo-project-mixture-of-tiny-steps
The website we use for authentic renditions of Waterloo uniforms casts a different shadow on the look of the Life Guards. It appears to be that they use ( according to the guide –centjours.mont-saint-jean Life Guards ) a sheepskin on the horse saddle.

Now Perry do a nice range of Life Guards but fail to have this element of the horse furniture or indeed plumes for the troopers.  Whether they had them or not I decided it would be fun to add both elements to the Perry figures I had already acquired. 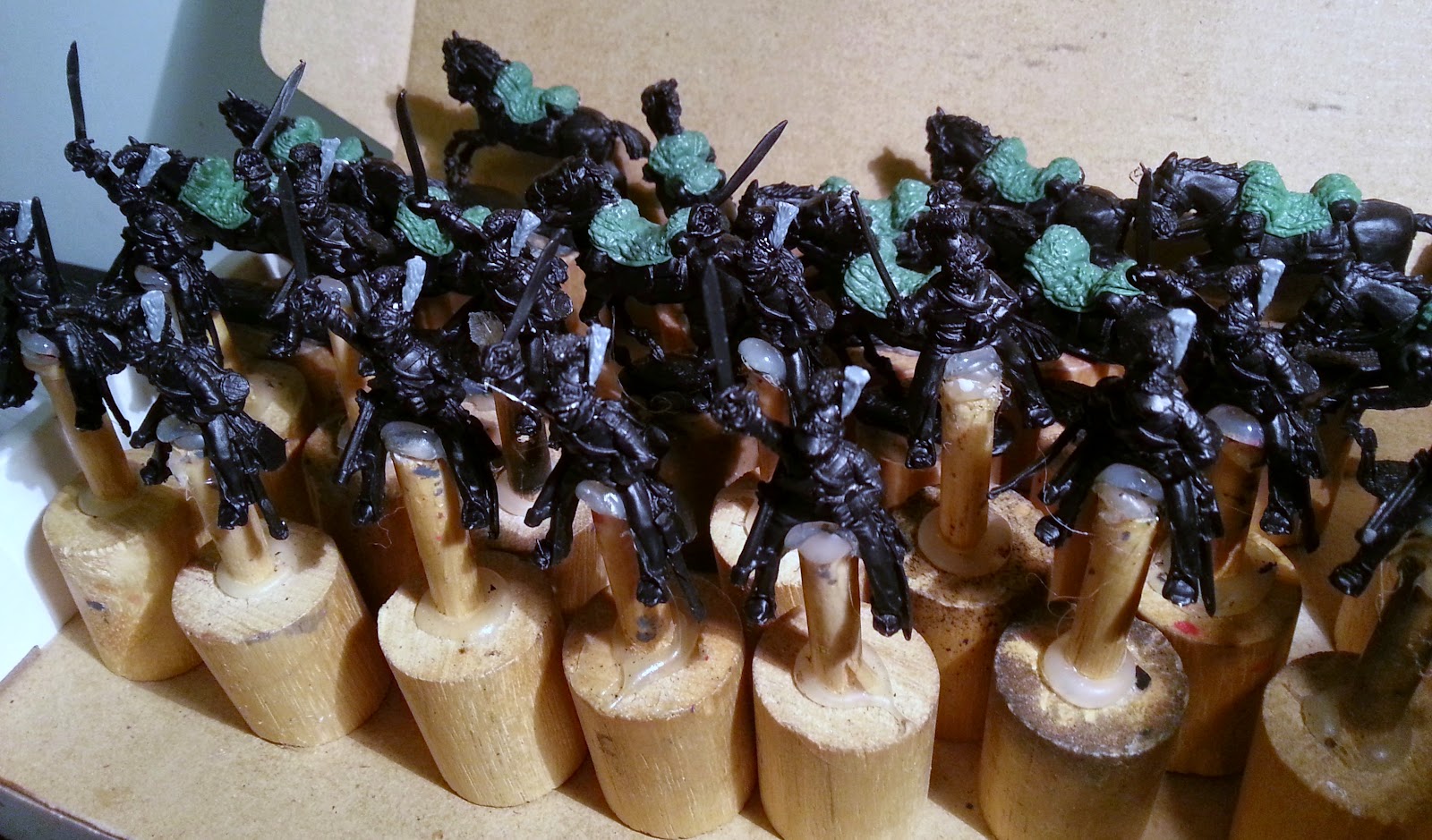 Therefore some accommodating plastic French Hussar heads lost their plumes in favour of the British troopers and much ‘green stuff’ later a sheepskin was added to all 15 horses. 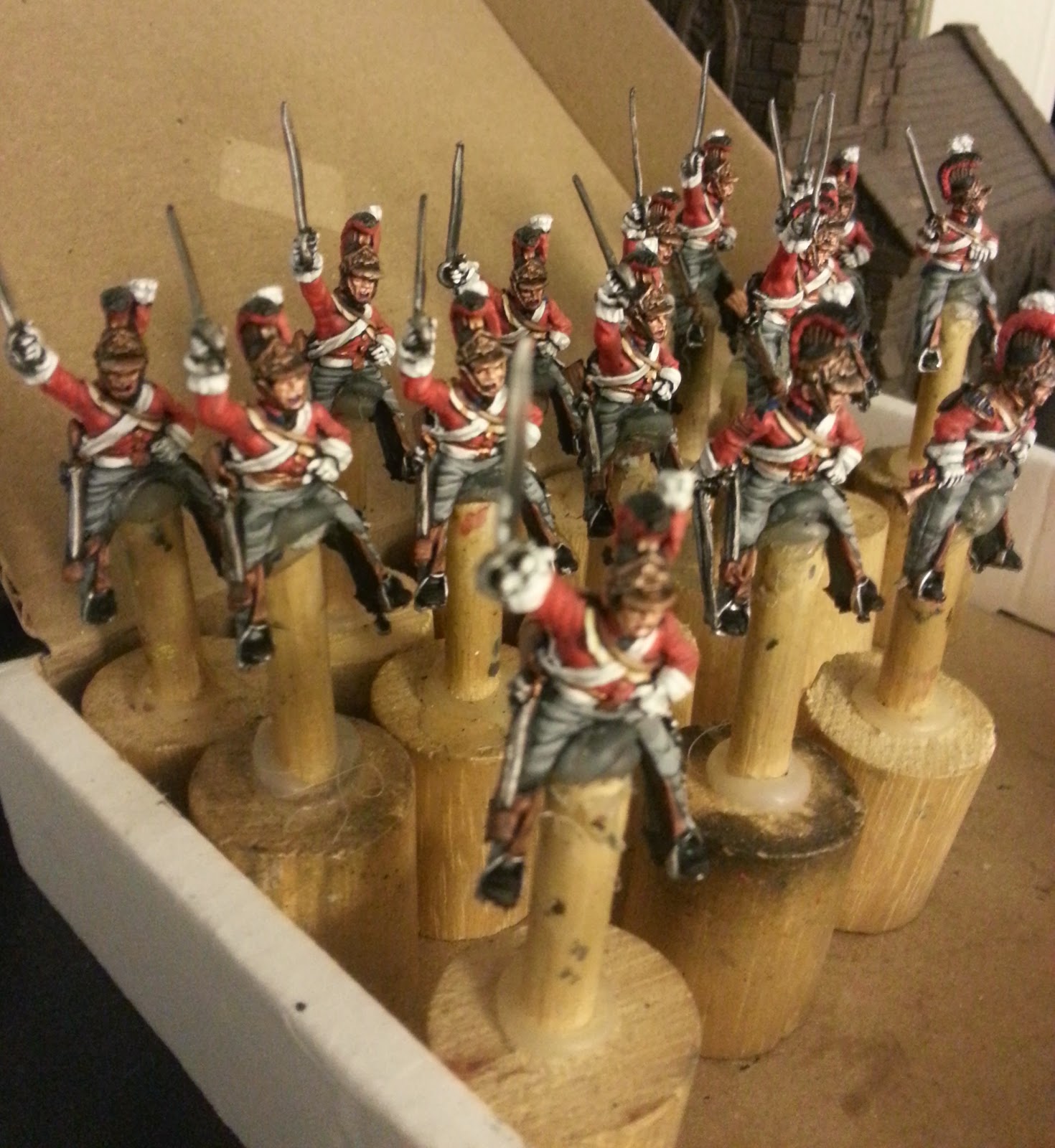 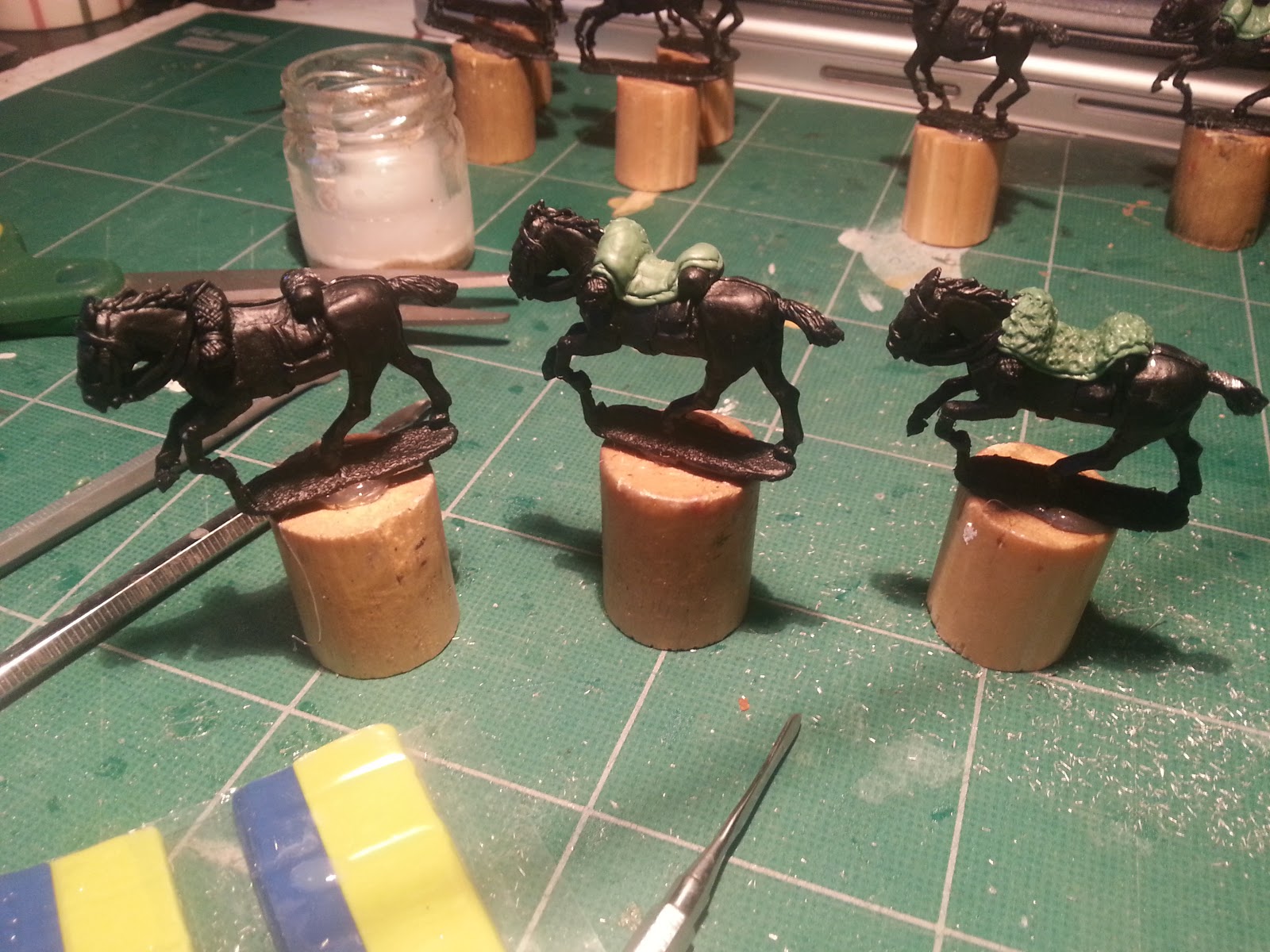 A bit fiddly I know but I enjoyed the process as it was my first real use of the fine variety of green stuff. You can see the method in the photos of the 3 identical horses. First it was necessary to grind off the metal canteen on the portmanteau, then apply a flat precut piece of green stuff , put in the cloth edge to the sheepskin and then apply the texture using two sculpting tools available from Games Workshop ( as indeed was the fine quality green stuff ). 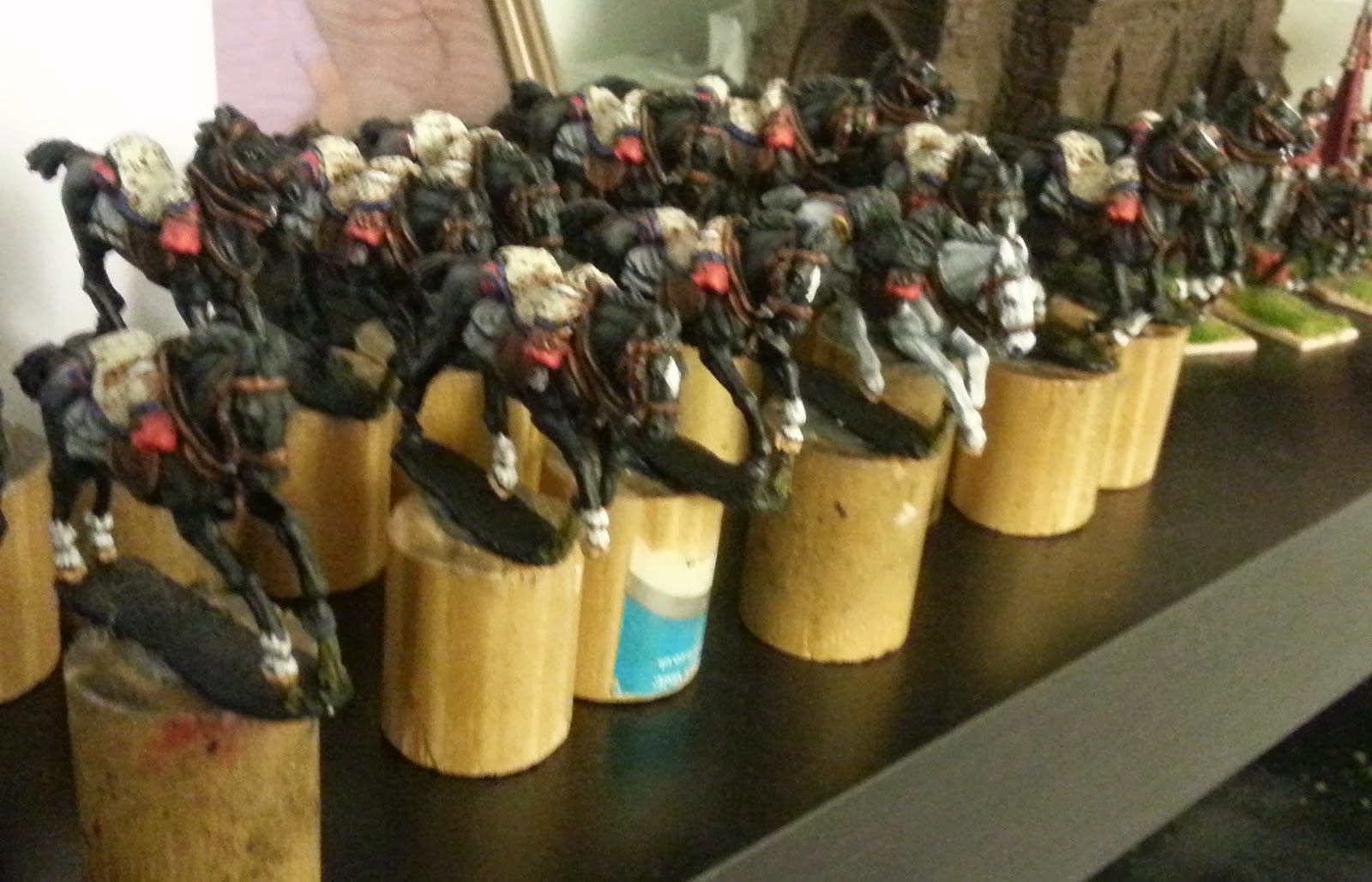 Much painting later of the troopers and latterly the horses in oil paints, they came together in the photos that you see here. As I say only a small gathering as they represent my 1:20 scale purposes I have intended for other potential games at a later date.
Hope you like them.
Cheers.
Kevin" 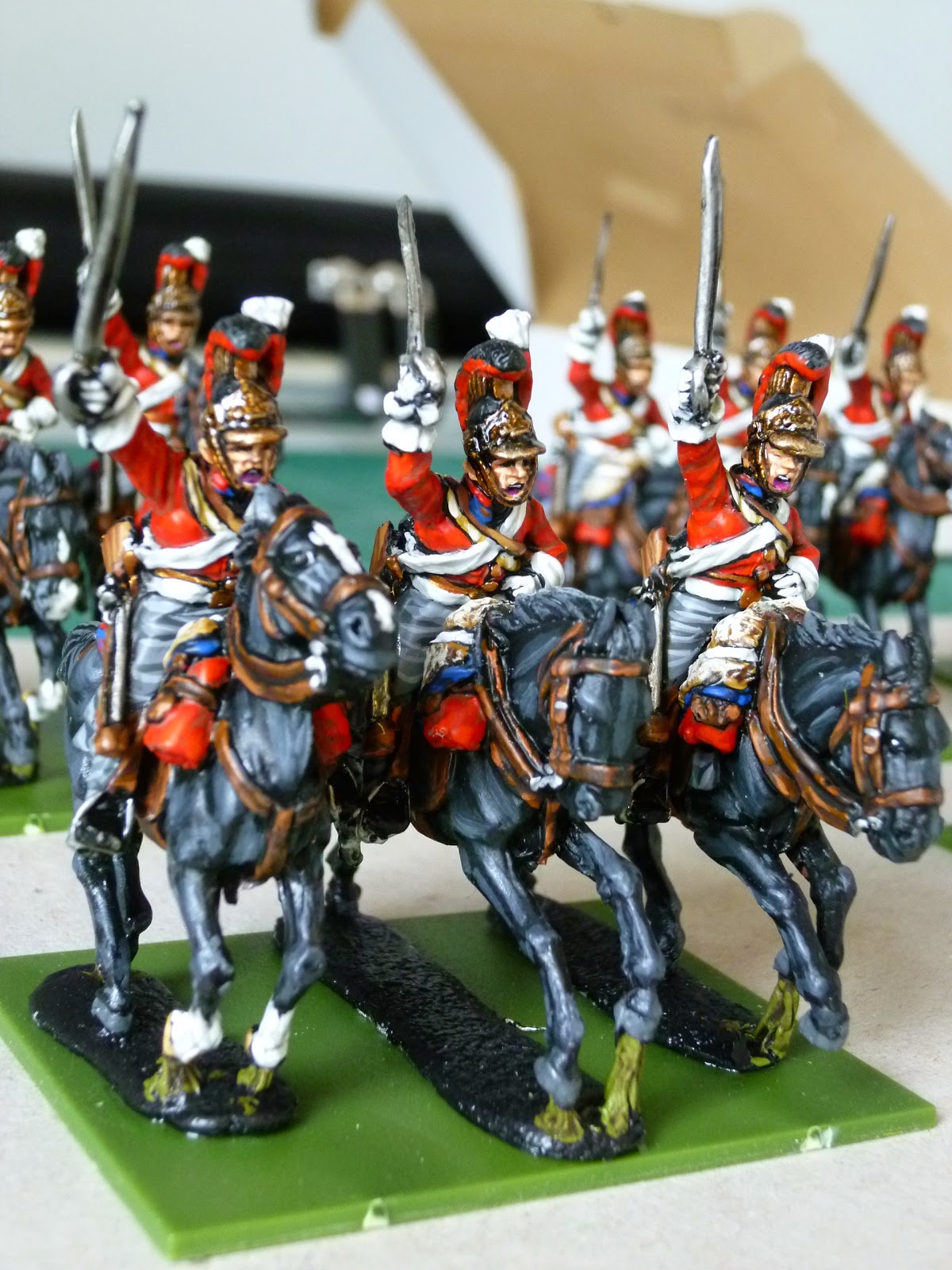 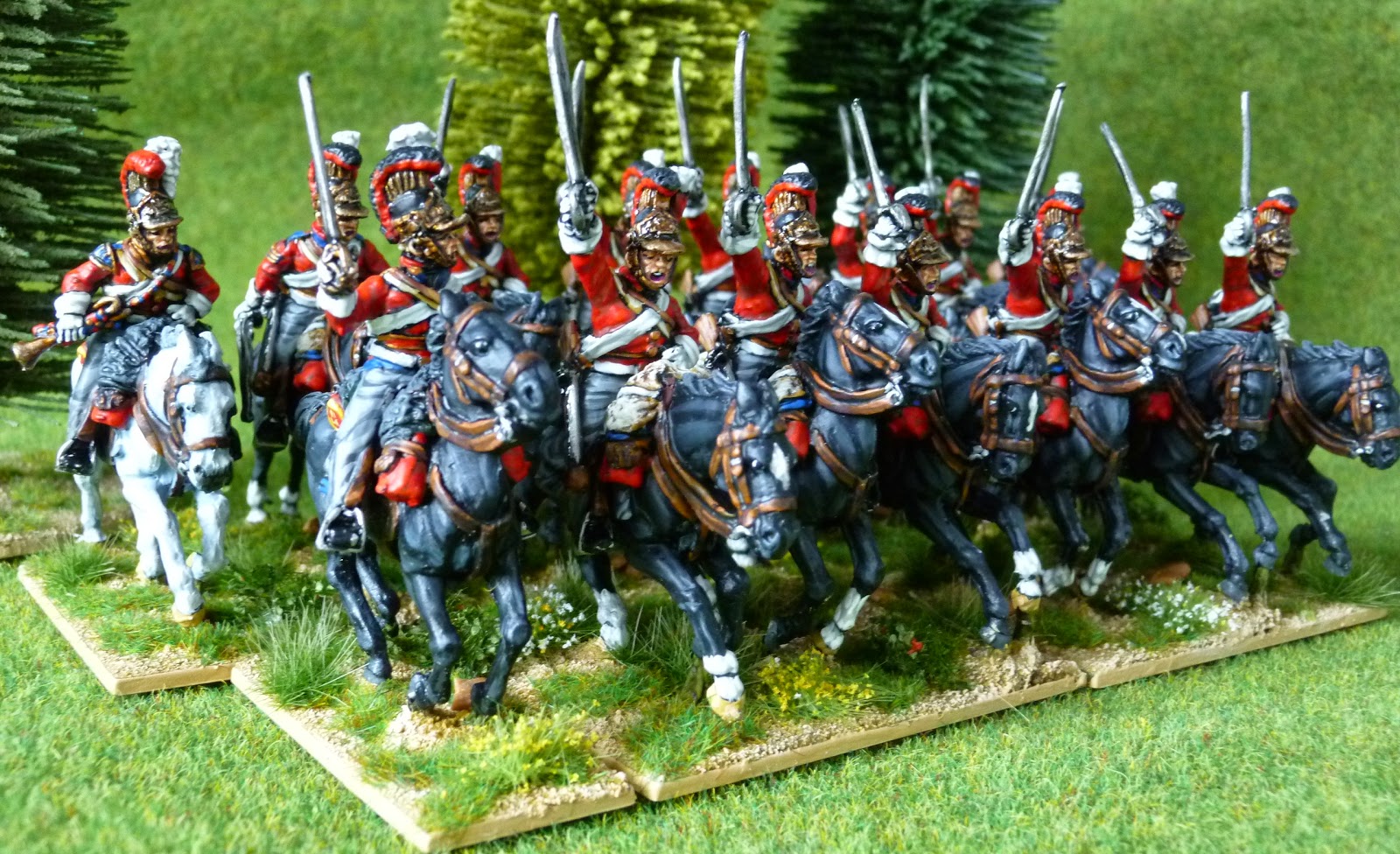 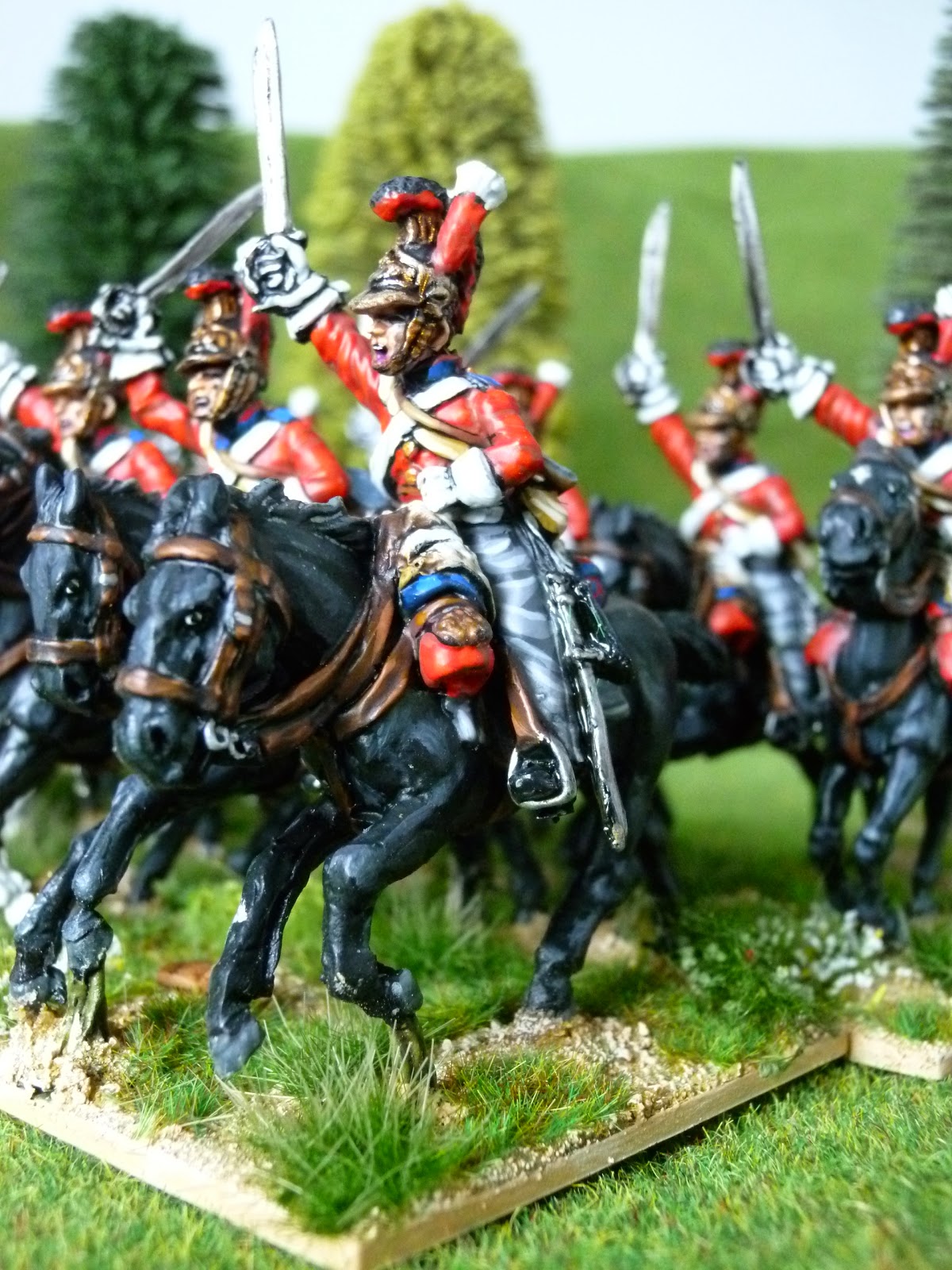 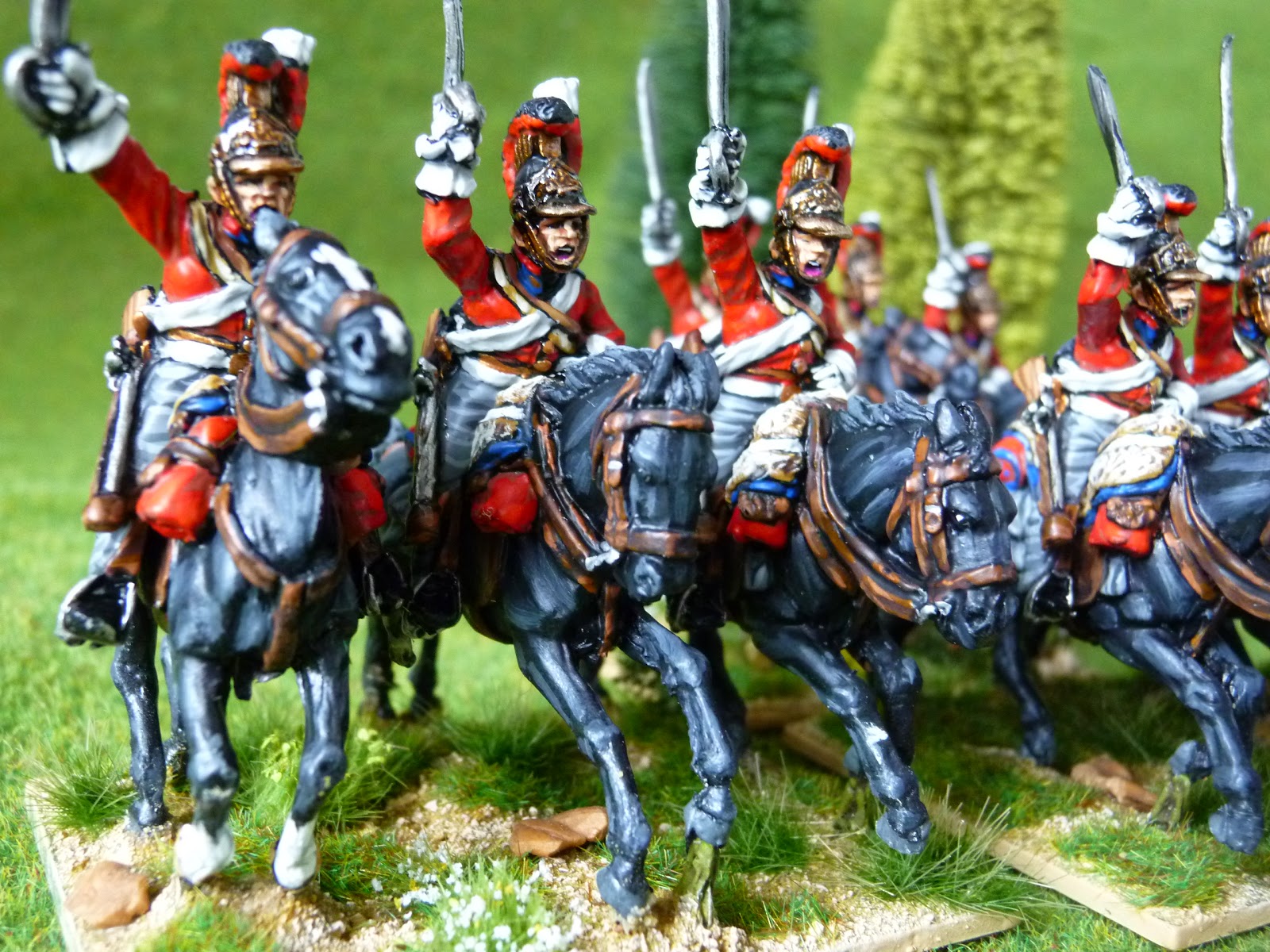 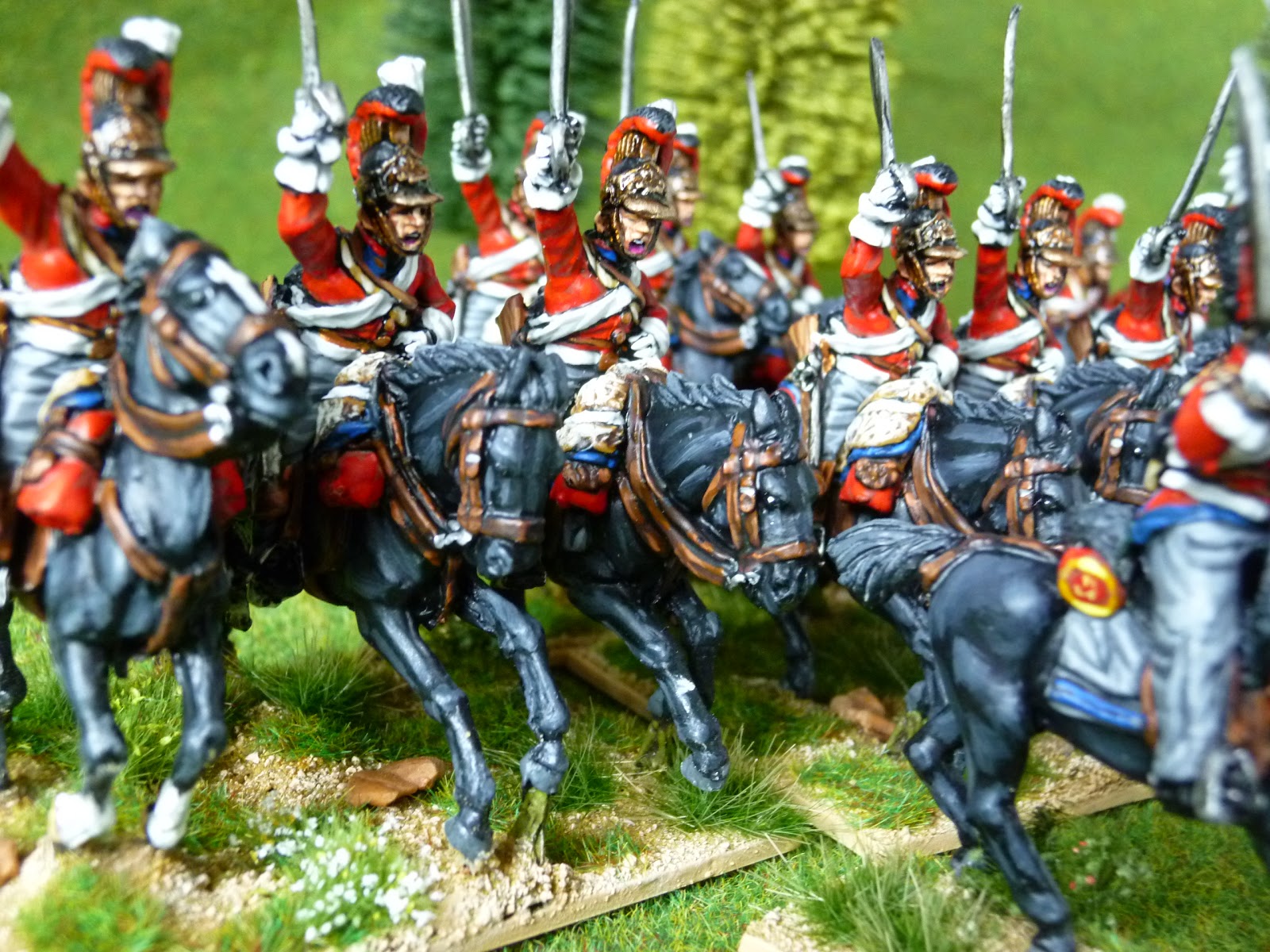 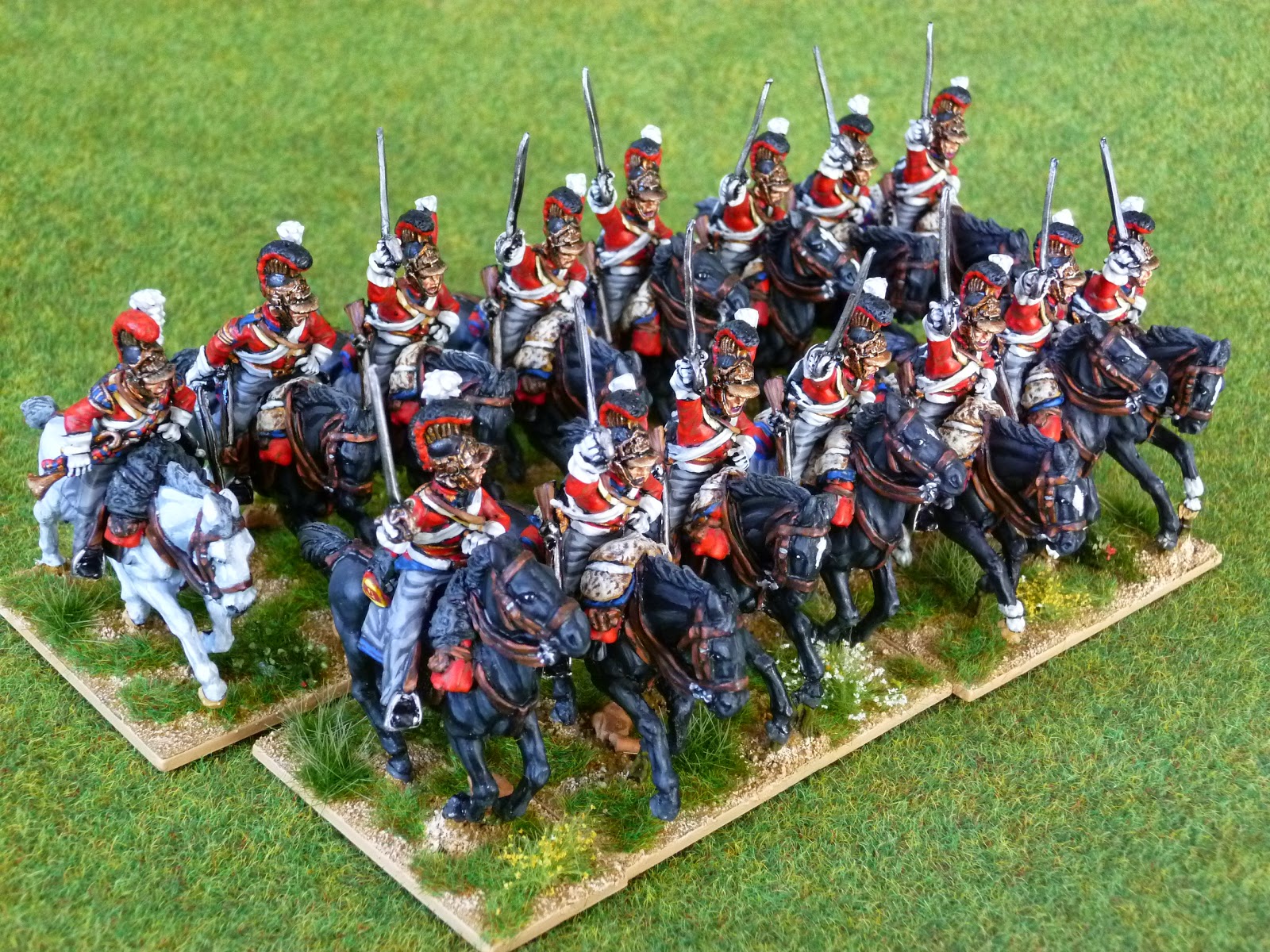 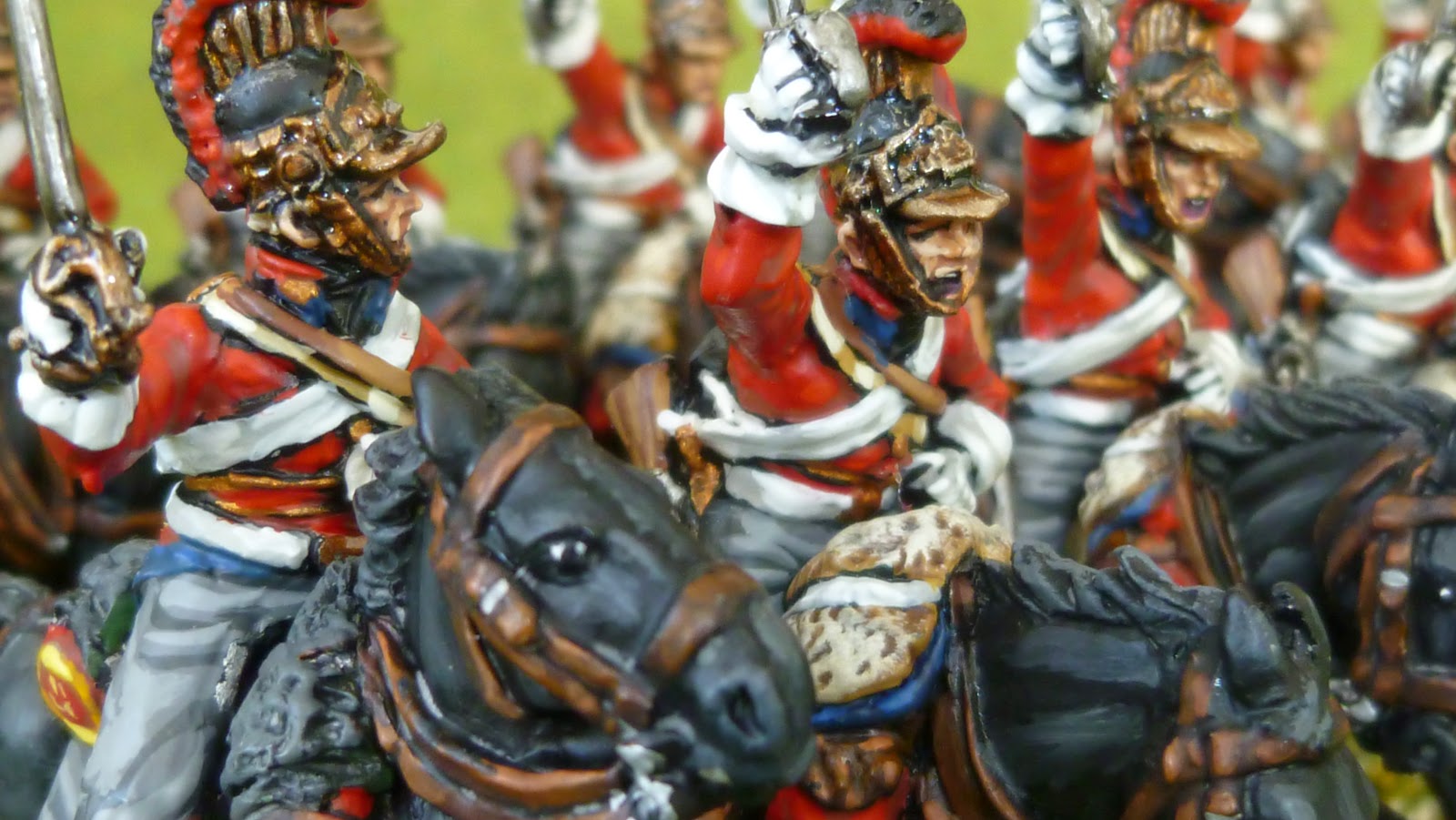 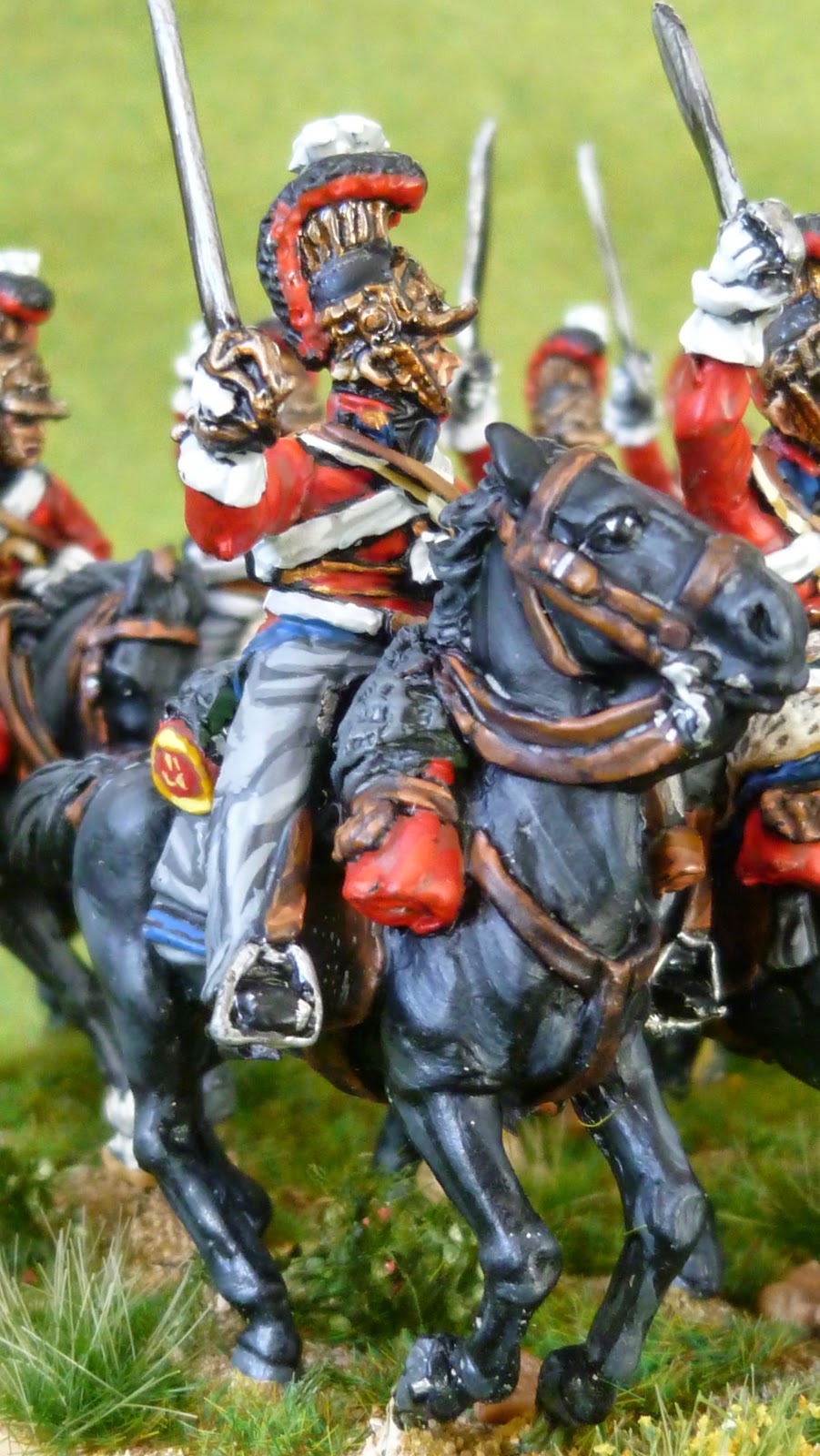 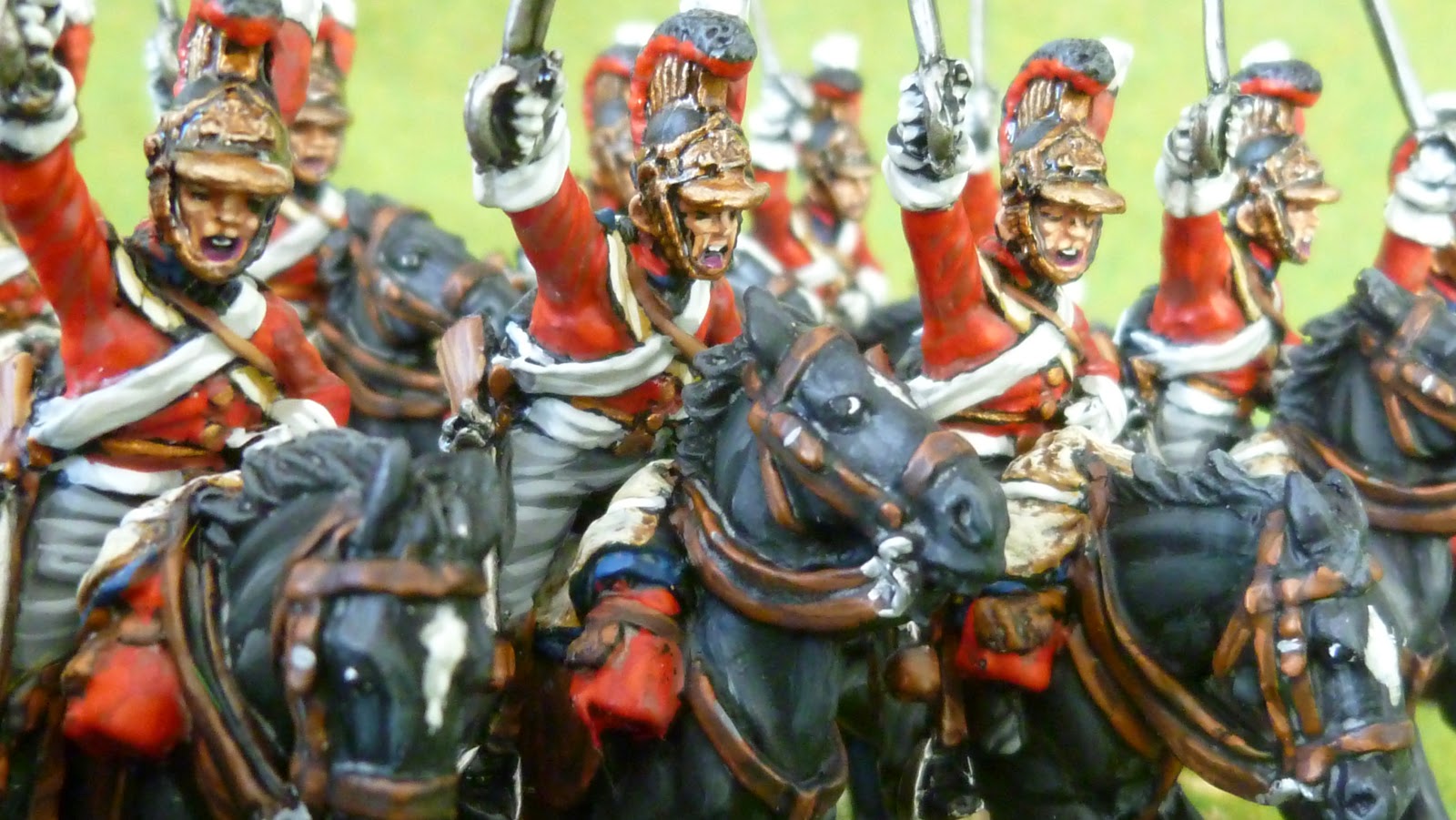