As with so many wargaming Blogs part of my aim will be to show elements of my collection as it grows. I already have reasonably large 25/28mm Mid-18th Century armies which have grown out of British and French FIW forces. My policy has been to buy a nucleus of my force from the manufacturers but always to be on the lookout for bargains of anything that might fit in. Consequently I have a very wide range of manufacturers, styles and sizes, but somehow I manage to make them work together on the tabletop. I don't really have a favourite but my collection goes from the cheap and cheerful, such as Parkfield Miniatures, to the classy but expensive Foundry and Copplestone. In between there are many from Redoubt, Front Rank, Old Glory and Conquest Miniatures. I also have a squadron of Perry Plastic Napoleonic Cuirassiers which I converted to French 18th Century Cuirassiers du Roi with metal tricorned hatted heads. In true "Classic Wargaming" style it does not matter too much to me if  miniatures are outside the chosen 1760ish period for my Imagi-Nation as long as they look acceptable. In this vein I was delighted to see Perry's add to their Napoleonic collection with a box of Hussars that has a choice of headgear including the early period mirliton.

So I have recently added a squadron each (mine are 12-15 figures) representing Mid 18th Century Bercheny Hussars and Chasseurs de Fischer. I hope you like them. 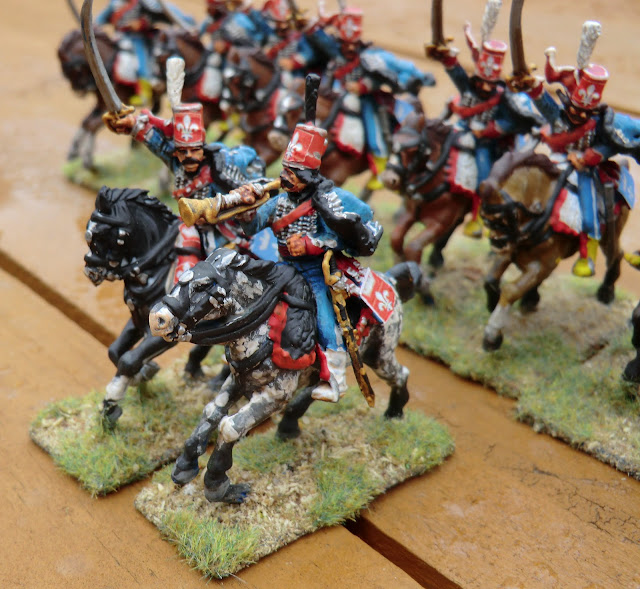 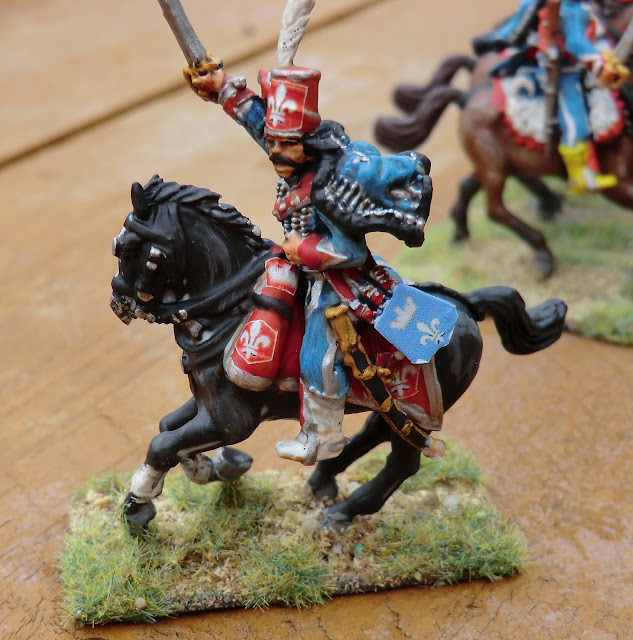 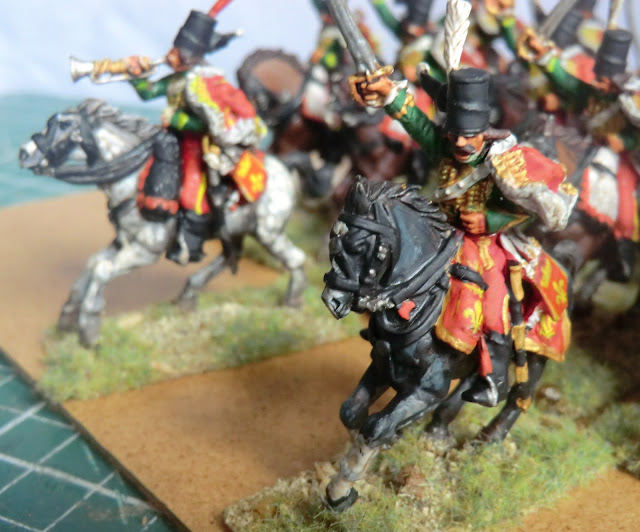 And just for balance here are some Old Glory Hussars on the other side, which I painted about two years ago.