Scotland Forever! - Gloucestershire lad Kevin's 28mm tribute, and a QB project round up

The project team is busy working on more units for Quatre Bras this Autumn. Kevin East has sent me photos of his units of Highlanders painted last month. His account also has a few test figures and I include them as several followers have expressed interest in Kevin's technique.

"I thought I would share with you some photos of the results from the painting I did in March. You might guess by the title that there are some Scots involved; the 92nd Gordon and 79th Cameron to be exact! These are my latest contribution to the Quatre Bras 1&2 games and they will make an appearance in the May test game (so whoever is French, beware, they are blood hungry!) 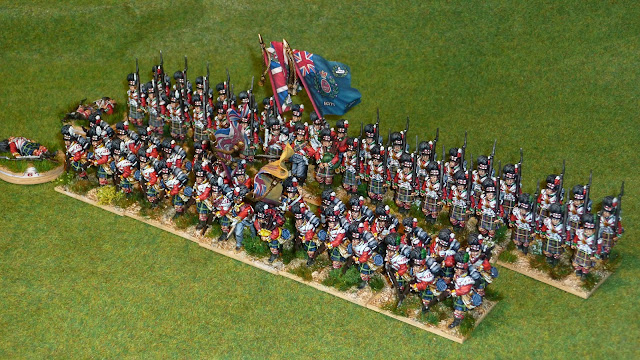 I must admit they took some determination and staying power to achieve, as I now know from experience, I never want to paint a kilt, scots socks, or bonnet headband again! And what's with the knobbly knees? BOY, do they take some painting! That's probably why the artist studios charge extra for highlanders!? 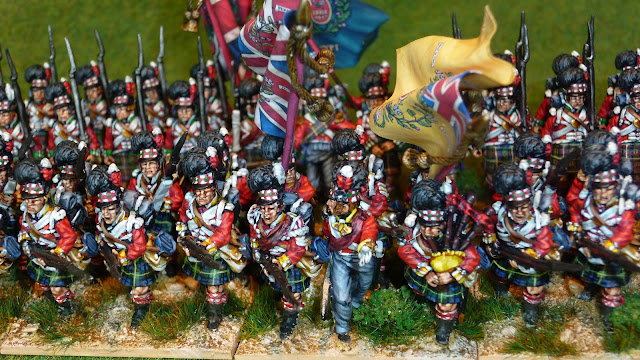 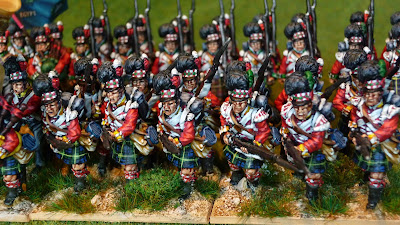 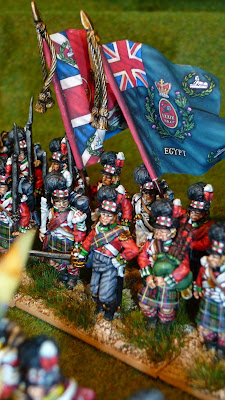 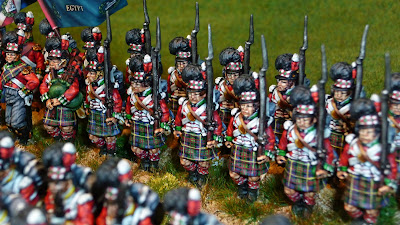 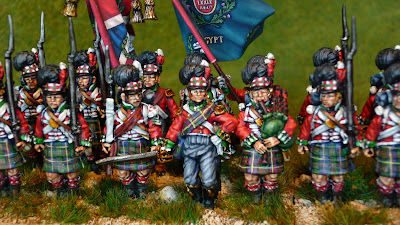 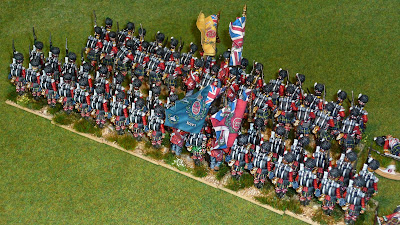 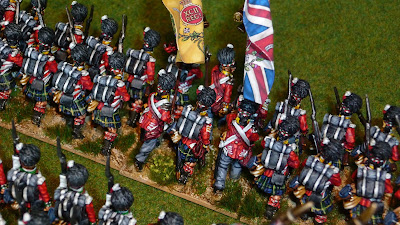 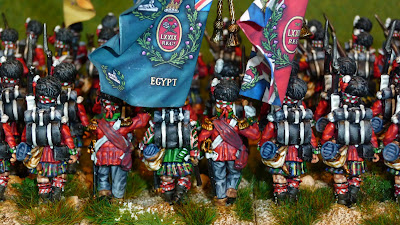 I'll try to find some figures on Ebay I can transform into more highlander casualties. :-(ohhh no more kilts!) (We require one loose casualty figure per live base to litter the battlefield as they fall - CG) 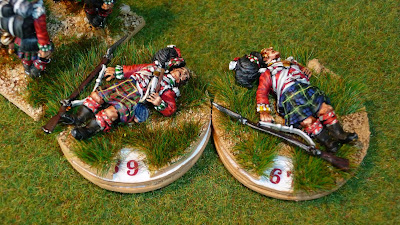 I also copy you in on 3 images where I tested painting the kilt several ways (5 ways) until I was happy with just the colour result I wanted (Not easy! I wasn't interested in the quality of painting but only the impression of the final result). I then painted over them again in the final colour way and method selected. I tested it on one figure first before painting the whole lot - better safe than sorry! I then painted the figures in batches of 10 (smaller than usual) to keep the painting quality to a level I was content with. 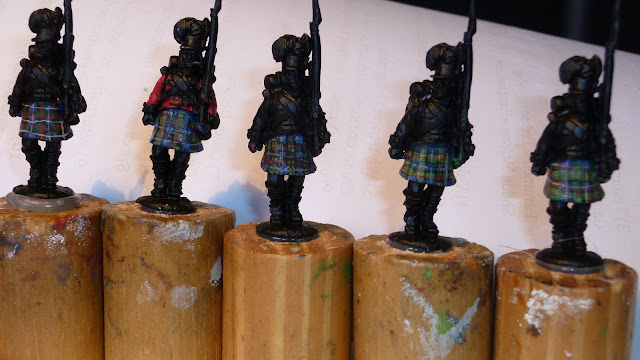 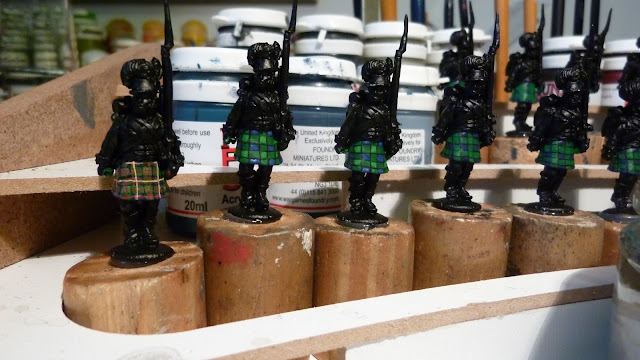 Anyway, I hope you like the pics and enjoy their first appearance by way of initiation in what is so far dubbed "QB Test Game 5", coming shortly " 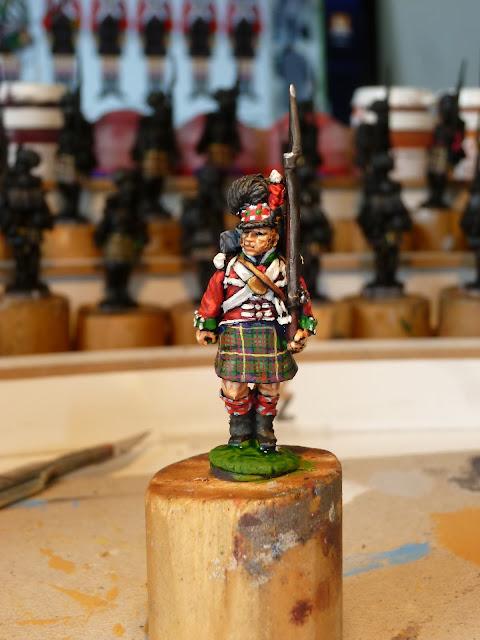 Thanks Kevin. Awesome doesn't even begin to do them justice

Just to show Kevin isn't the only one busy, James has sent us some photos of his Brunswick cavalry and artillery in process. 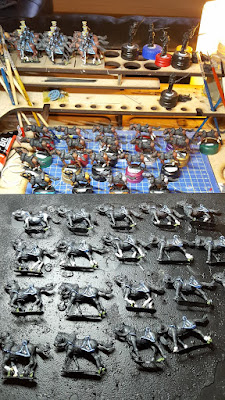 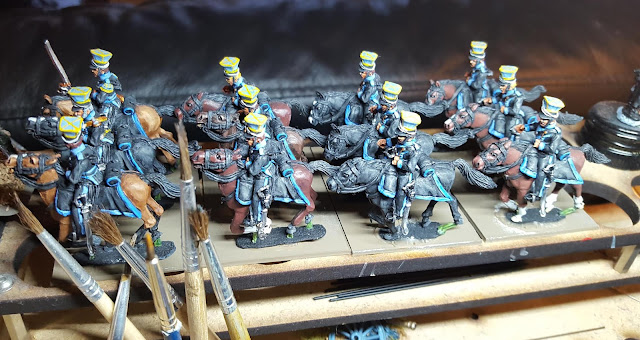 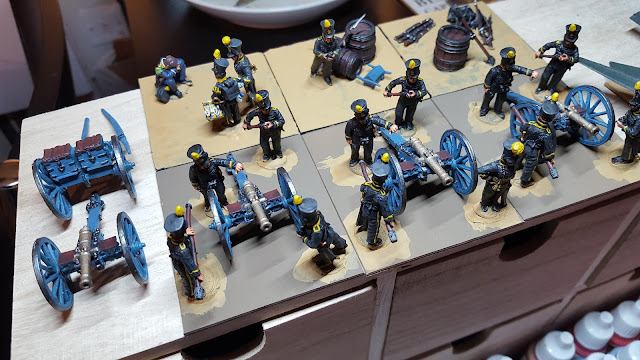 And I've been assembling a pack of Victrix British Artillery to make Rogers Battery RFA. Just in the undercoat stage so far. The horse teams are very old indeed Hinchliffe French figures salvaged, restored, and converted to make artillery team riders and wagon train for our ammunition replenishing rules. 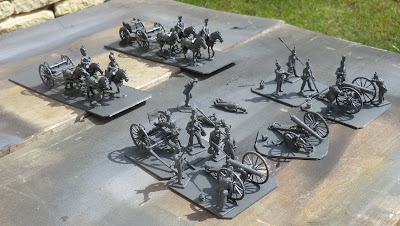 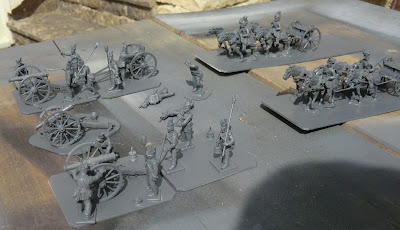 Richard has received his "brief" from Kevin on making up the British Foot Coldstream Guards Battalion and Tony has just sent the following:
"I'm just back from Hep Loo where the Prince of Orange went for his summer breaks. He's remembered here as the hero of Waterloo. Maybe we should be kinder to him.I'll finish off my Guard Horse Artillery at the weekend and get some pics sorted."
We will look forward to seeing them Tony.

So it's all go, and I'm also eyeing up the terrain preparation for QB Test 5.