It was the other side of Summer when I first showed the blog followers my eclectic mob of 28mm figures making up the Luneburg Battalion.  I promised myself then that I would complete the paint job by the end of August, but real life has intervened too often for me to achieve that and I did it by 19th September instead.
Rather than detail my methods of painting etc, which is pretty standard, I thought readers might prefer a bit of concentration on my philosophy on painting a truly massive battalion.  My mantra was always "do it in one go", and thus I felt like the fraudulent hero of The Brothers Grimm tale of The_Valiant_Little_Tailor, who inscribed "Seven in one Blow" on his belt after killing 7 flies!  What I meant by "all in one go" was not getting distracted by trying to finish a small part of the whole "just to see what they would look like".   Some painters of big battalions advocate splitting the large unit into maybe dozens or scores of figures to paint with one colour at a time and then sequence them so one finishes a batch while the later ones are at different stages. But I knew if I did that I might be absolutely ages before finishing and my 3 month target would be totally out of reach.

My approach was not just the same colour across all 188 but break that down into the same component with the same sized brush. So, for example,  188 black shakos and hats with a wide brush, 188 back packs (less a few not wearing them) with  the same brush, all the black cartridge boxes with a slightly smaller brush, then 376 cuffs and later 376 coat turnbacks. All the black straps supporting the back packs and rolled greatcoats with a thin brush, followed by the bayonet scabbards with the same one.....and so on 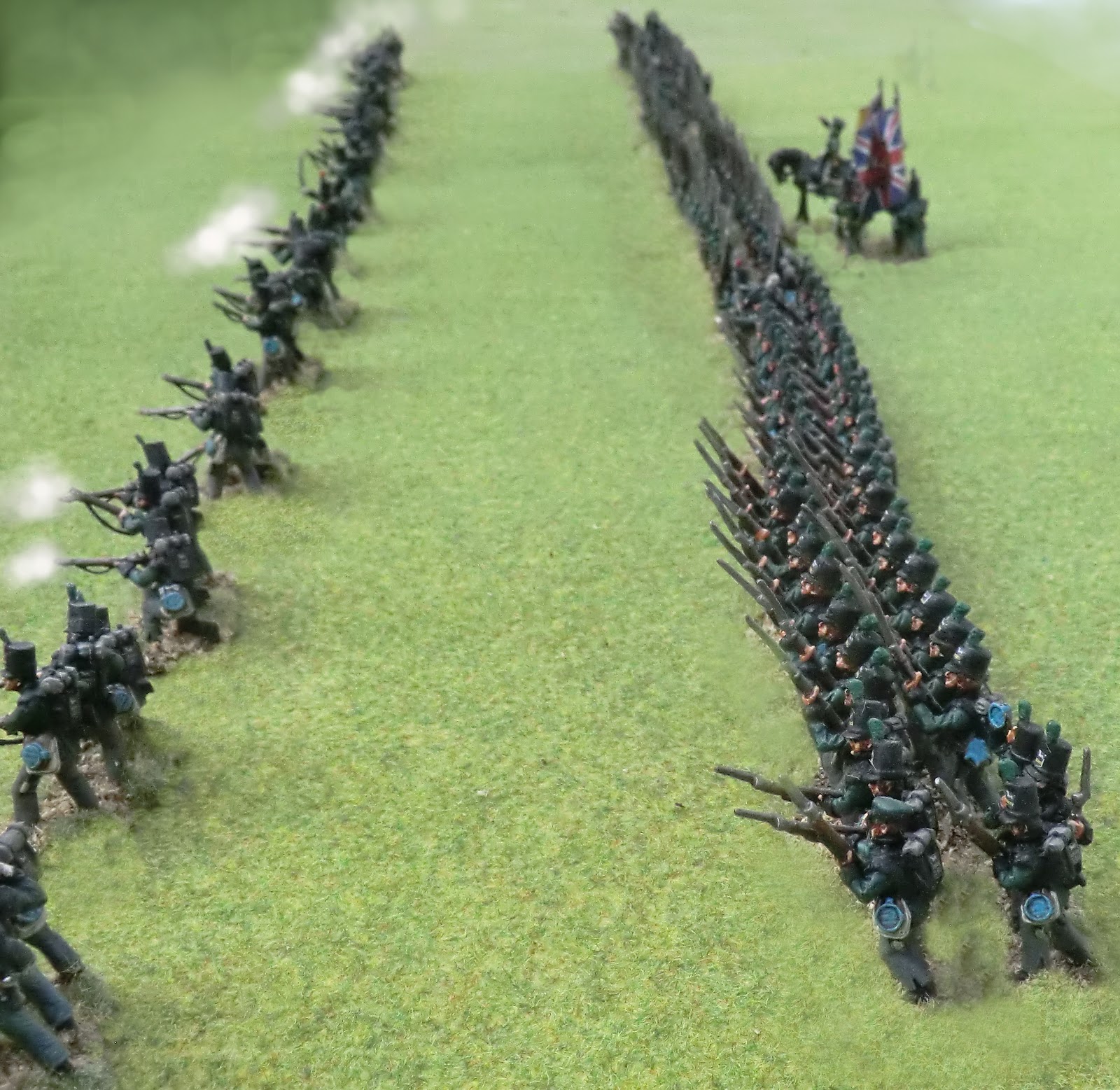 After the first blog about the Luneburg battalion I was going with Kevin to Waterloo and knew I'd come back fired with enthusiasm, so fully expected to get stuck in during June. But when I came back I got drawn into banter on the AMG Forum about Windmill models and got commissioned to build some. So with the fine weather making good drying conditions I deferred my Luneburg duty. But I made real progress during July and August and tried to set myself at least an hour a day, often that first hour after breakfast when I was fresh and not  tempted to divert to other things. Some days I had the time to do a couple of hours at a stretch.

My one concession to the batch concept was to tackle them by company. I explained the battalion make up in the original blog, and the companies were different sizes and with slightly different character  due to the pose and manufacturer, so I got to know them intimately. But I never deviated from the "one go" philosophy. For example A Company got all its musket stocks painted, then B Company, then C and finally D, so the whole 188 marched in step throughout the long drawn out process.

There must be something about the paint that keeps you going for I didn't seriously falter until I was applying the transfers. I have explained about making your own transfers in previous posts, and I suppose I'm mad but I have designed some very tiny components. In this case it was the Hanoverian white horse symbol for their back packs and shako plates.  The shako plates are only a couple of millimetres square and it was tedious in the extreme to cut them out with a sharp craft knife, put them in the water dish 10 at a time and then place each one carefully with a wet paint brush. I did A, B and C, .....got to stick at it ....see that light at the end of the tunnel....keep going Gregg....you can make it! 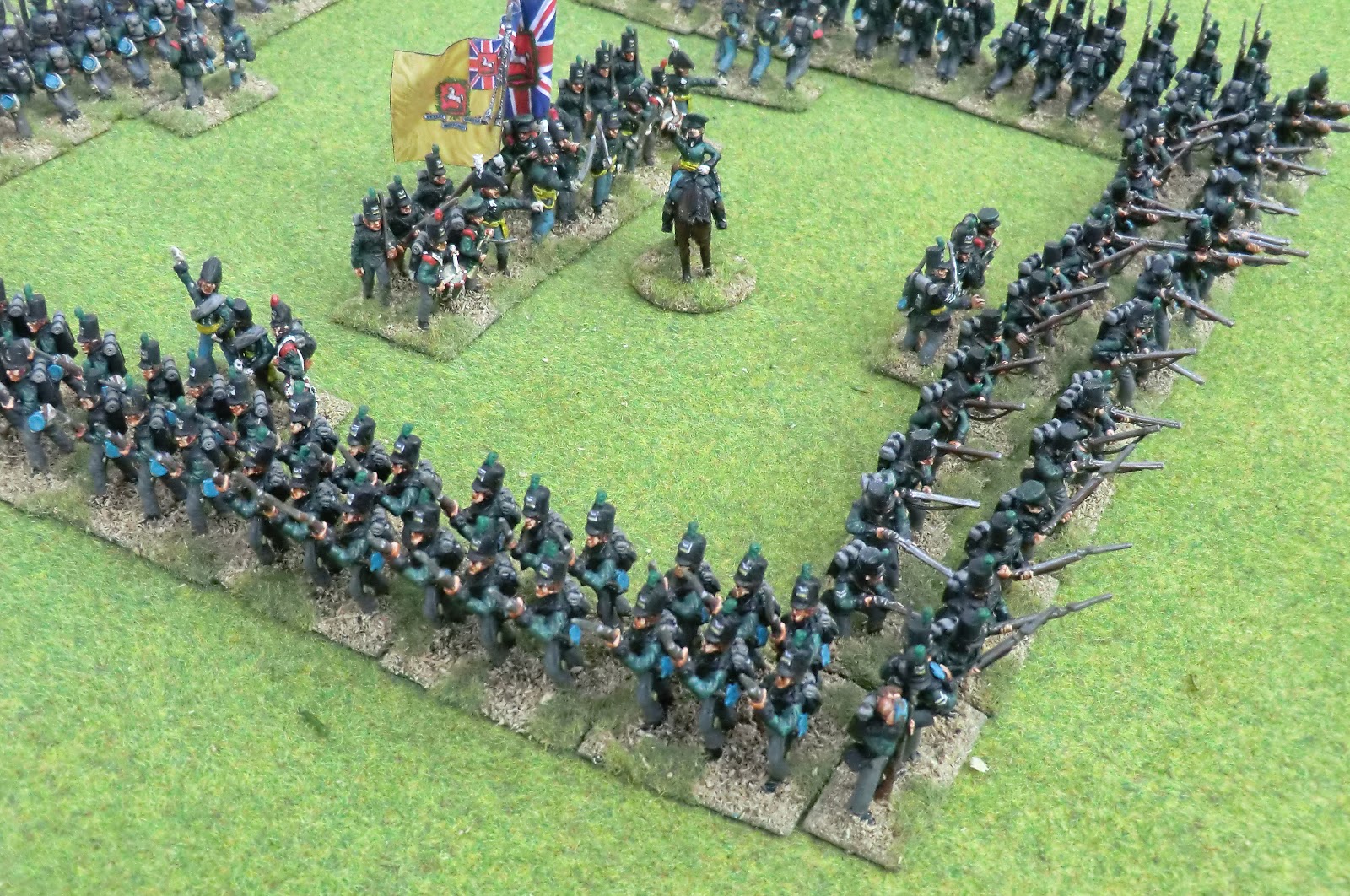 But I didn't.......
I  had got a batch of insulating polystrene out of the skip (dumpster) at our renovated house, and the Duchess and I were at B&Q DIY store so I bought wooden battens for my 600 mm MDF terrain tiles....and the weather was glorious....and I was reading one of my Stalingrad books...and the Duchess said I MUST use the polystyrene before we move house. So, four 1:144 scale Stalingrad terrain tiles later and D company shako plates finally got applied ....phew!!  After that the slightly larger back pack badges were easier.

Finally it was just basing and final varnishing  and adapting the rather nice Victrix flags and my big battalion was actually finished - and "all in one go". 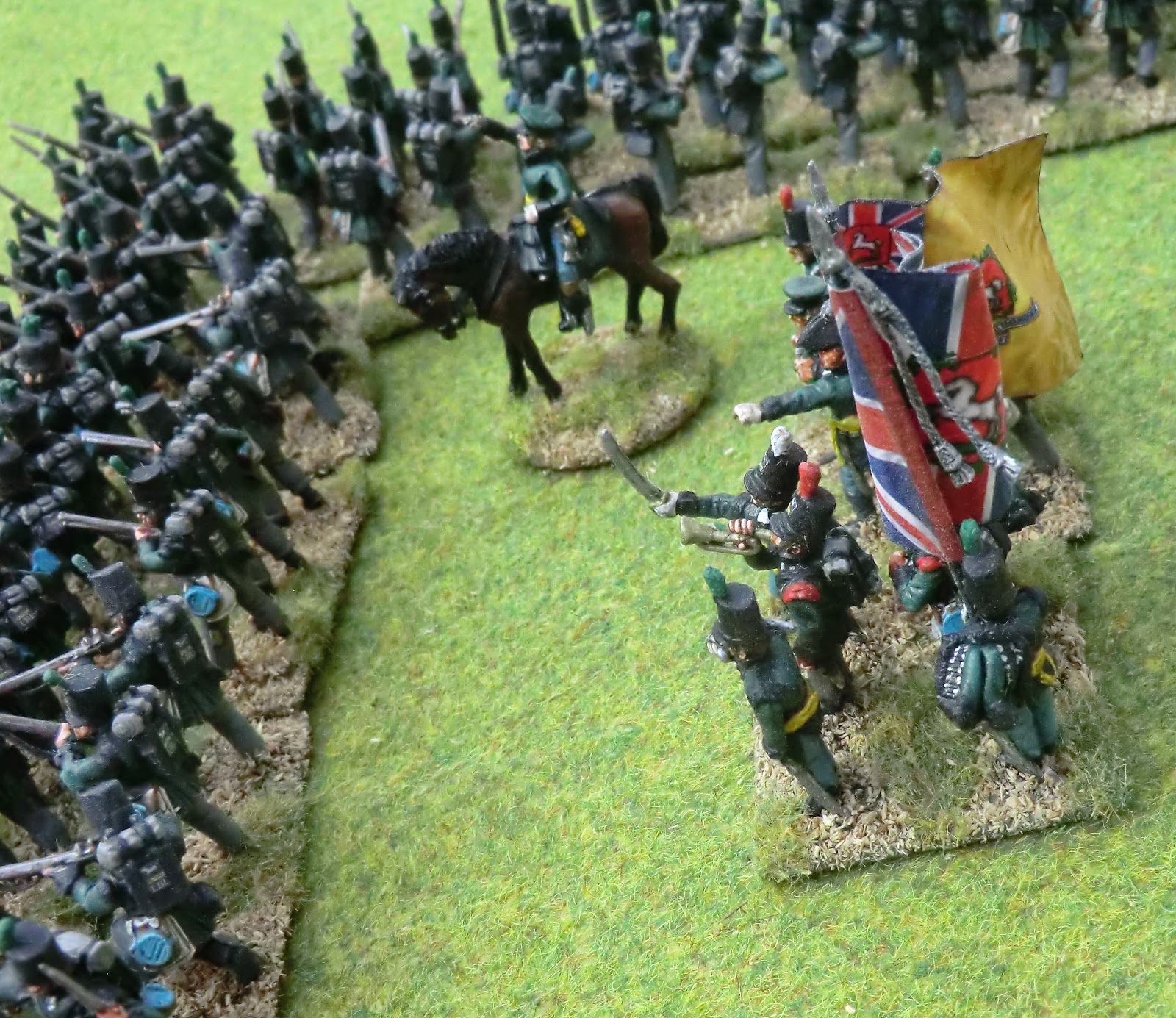