I have two email friends who are both active wargamers with about 70 years wargaming experience between them. Both tend to concentrate on solo games, but of a high standard.  Neither have their own blog, as yet, but each has a lot to give our hobby and I want to make sure some of it is seen. So I've now got two Guest Galleries and you've already seen Ian Allen's; I'll be adding more to that in due course. Now I present Terry Preen, who has been experimenting with the Black Powder rule set using, among other things,  his 6mm American Civil War figures. You can access this by the tab above and it's well worth a look because Terry has done that difficult deed - capturing the feel of a real battle in photographs but just in a 6mm scale wargame. He's also provided overhead projections of the action to help us understand his text, and captions to the photos. There's a lot of good work there and I hope you'll show your appreciation by commenting. 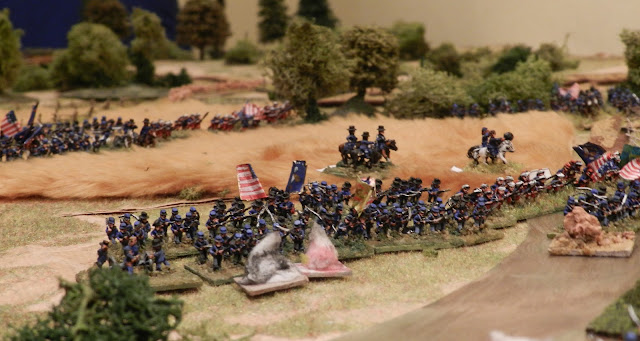