Hougoumont at 1:3 scale: How I made the terrain - Part Three

When I showed the ponds in the  previous part you will have seen portions of the terrain finished up to that point, so this next sequence of photos gives a general tour round the table, at that stage. Also in this part,  I'll show how I tackled the most important feature - the "covered way" that allowed British reinforcements  to arrive under cover, and recuperate from their attacks. 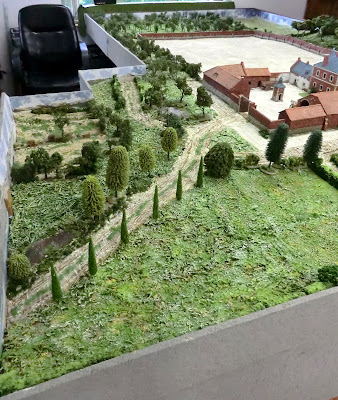 This next group of photos is of the "extra bit". As I showed in Part 1 another 7 feet x 2 feet section was to go on the side table to form the northern edge of our battlefield, from the "covered way" up the lower slopes of Mont St Jean. 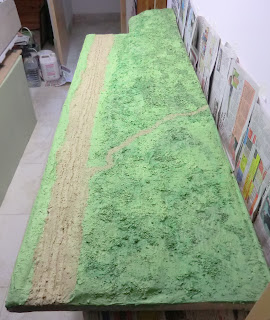 Here are some photos of how the "covered way" area looked in 2014. All these views are from the East. 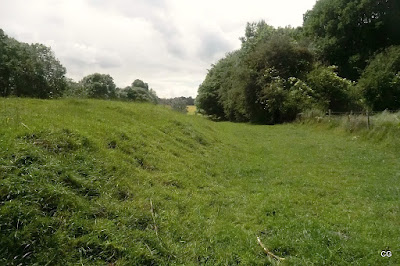 The next batch show the finished effect.  It was hard to know how far to go with trees for the covered way based on what we had seen first hand, so I decided to make bushy trees for the farm end of the track and very thick hedges on the orchard side but thinner hedges on the MSJ side. In the game we would make anyone sheltering in the covered way out of direct line for artillery and give them hard cover from musketry. 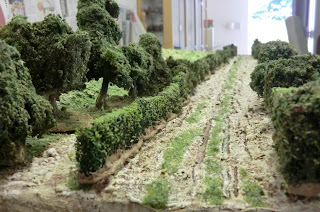 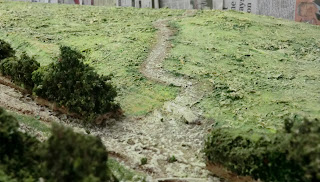 Here it is in action during the game. Kevin's photo shows Nassau infantry, Luneburg light troops and Hanoverian Jagers lining the forward hedge, with British companies reinforcing down MSJ. 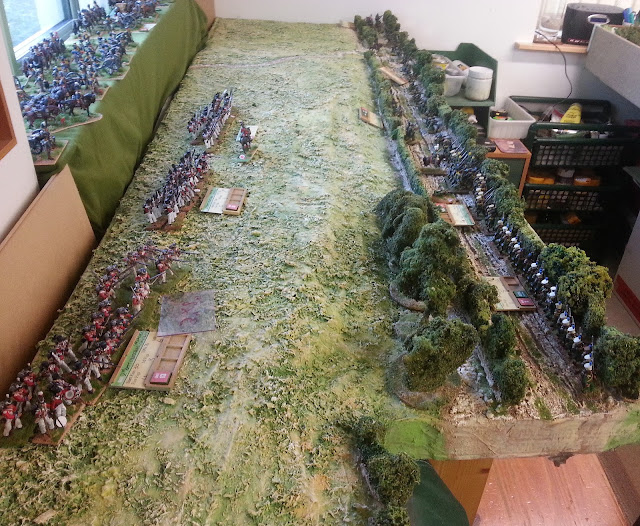 That's enough for this part. I'll finish off next time with the Formal Garden and final details.