Life has been hectic but I must finish this one as I have kept my faithful readers hanging on long enough. Thank you all for the very supportive comments received on Parts One and Two.

I will launch straight into Move Three of the refight and we are now around 8am.

As befits a good 18th Century battle at this stage both sides were manoeuvring for position and not much blood had been spilled. The Saxons had few batteries, and all the Allied ones, previously out of effective range on the heights North of the River, were silent while being brought across the River Unstrut via both  bridges.

After most of the movement around 0820 I happened take these two photos. Martin and Guy across the table from each other both looking suitably thoughtful about the way things  are shaping up. We shall take a closer look ourselves....... 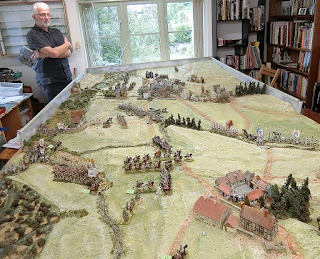 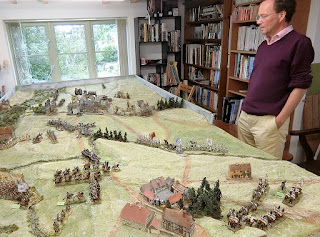 Around 0830 potentially decisive developments began to happen to give the Saxons courage that they might hold on until the hoped-for reinforcements arrived.


Now the action began to hot up on the Allied left flank. Martin and Richard's cavalry had come close, facing each other across the Riedsgraben stream...it was only a matter of time. A mutual charge by the Leibregiment zu Pferde against the French Royal Legion Dragoons was a close encounter but decided by the dice......... 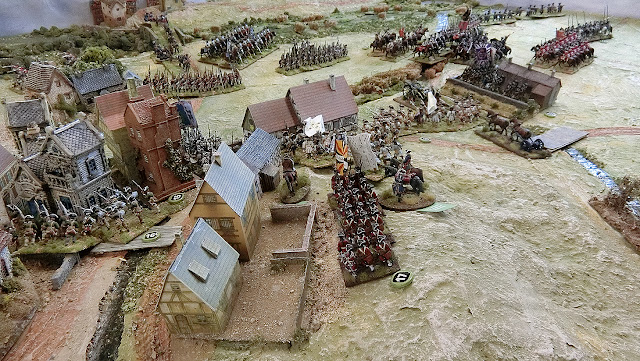 As the time ticked on towards 0900 the battle began to hot up on all fronts. 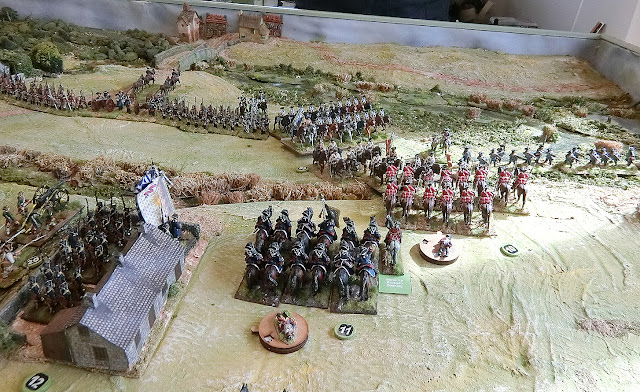 History was well and truly on its head now we are giving the Saxon/French the will to fight! By this time in the real battle the Saxon Guards were fighting for their lives in the steep wooded gorge just South of Ufhofen village, barely still on our table. 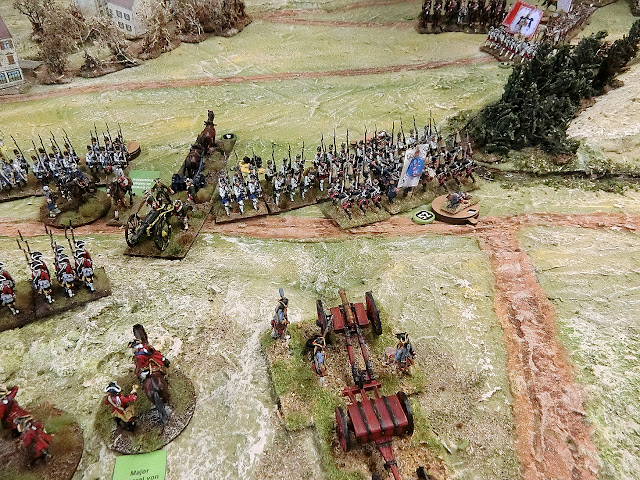 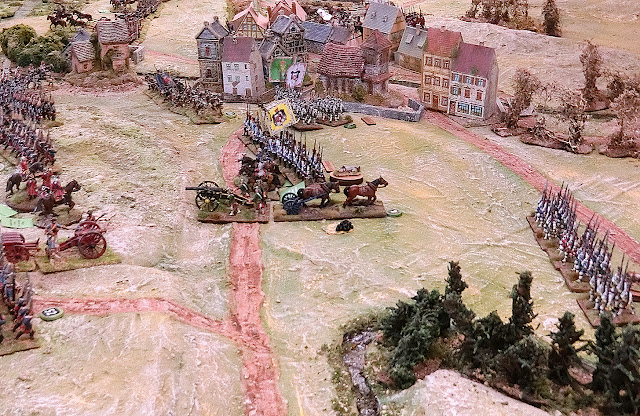 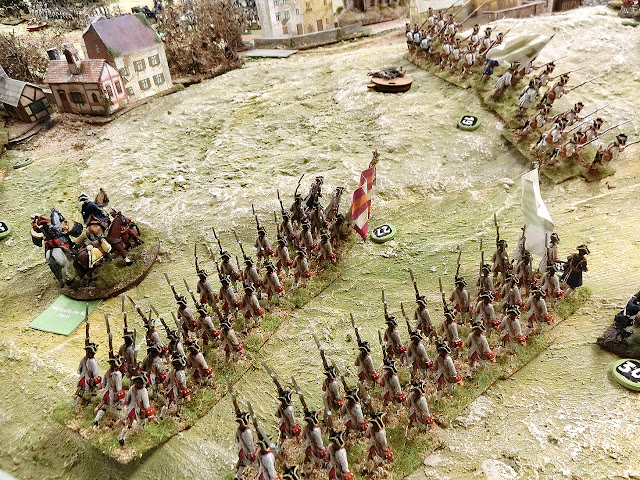 So we had reached a major point in the game with the long awaited arrival of the powerful reinforcing body and the French Commander-in-Chief.  It seems like a good place to wrap up this "Main Event" part of the report and next time I will give the concluding moves and wrap up the whole project.