Last of my Waterloo figures for sale on Ebay

Way back in 2013 a gang of wargamer mates in the West Country decided we would stage parts of Waterloo in the 200th anniversary year in a different way to the usual, and so the madness of the 1:3 scale refight was born. No not a skirmish game but a conventional style game with battalions and squadrons and each one ranging from 50 to 200 men per unit. Obviously we could not do the whole thing so we settled on the immediate areas round La Haye Sainte and Hougoumont on separate weekends and specially customised terrains about 12 feet by 8 feet. We used about 4500 figures over both games, many figures were used in both but an awful lot were unique.

It seems like history now. I think I collected from scratch about 600-700 of the figures and the rest came from the wonderful collections of Kevin East  of Bristol, Paul Davis of Cheltenham, Paul Hollands of Stroud , James Fergusson of Aldershot and Richard Newcombe of Aylesbury.  It took over my wargaming life for two years and the follow up - Quatre Bras, another two.  I gradually sold off my part of the effort and made way for more 18th century figures. But a few units - prized for their nostalgia, sat on the top shelf awaiting a new life one day, and hopefully now is the time. (see below)

For those who want a bit of a wallow, or for newcomers to the blog, here are a few gratuitous photos of the fantastic 3-day weekend of La Haye Sainte played out in July 2015. 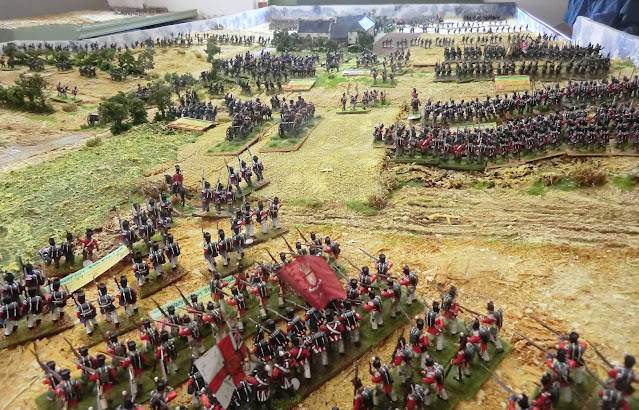 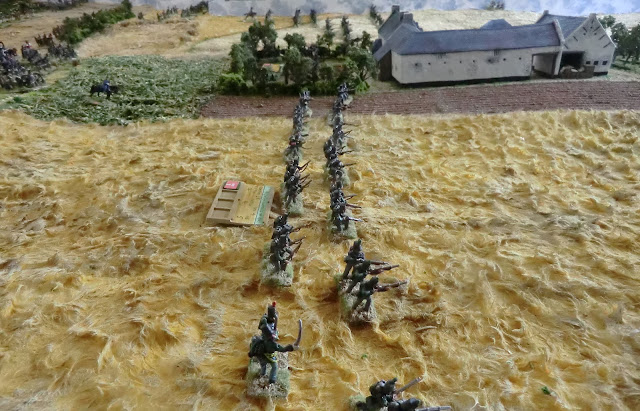 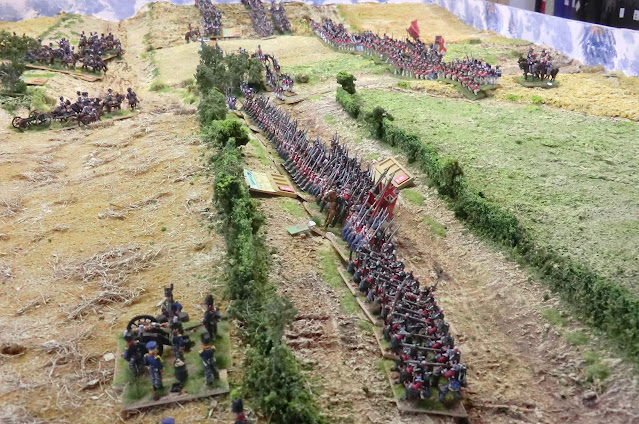 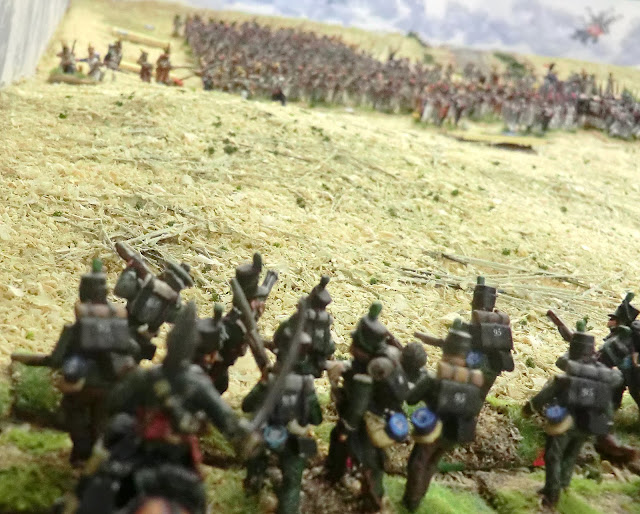 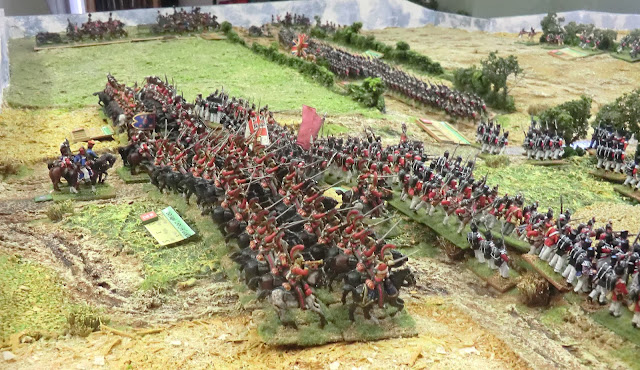 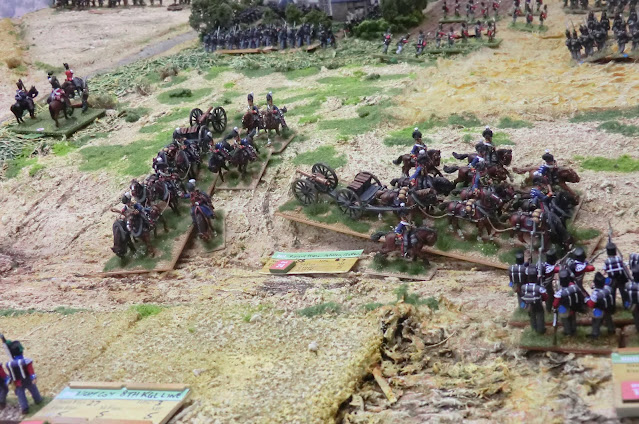 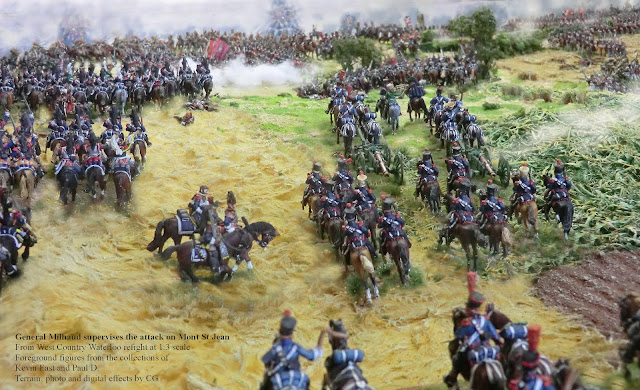 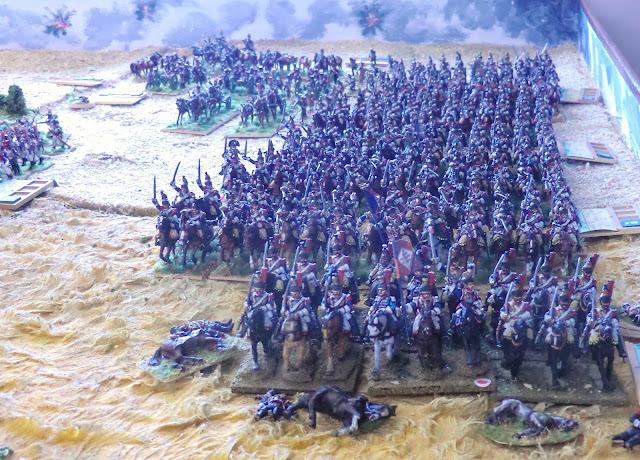 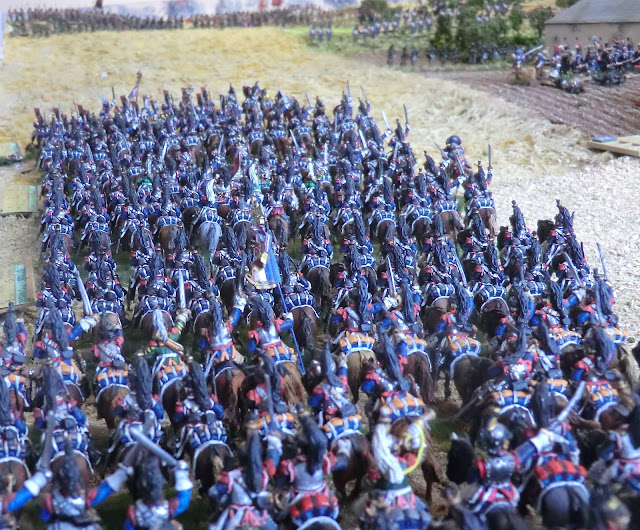 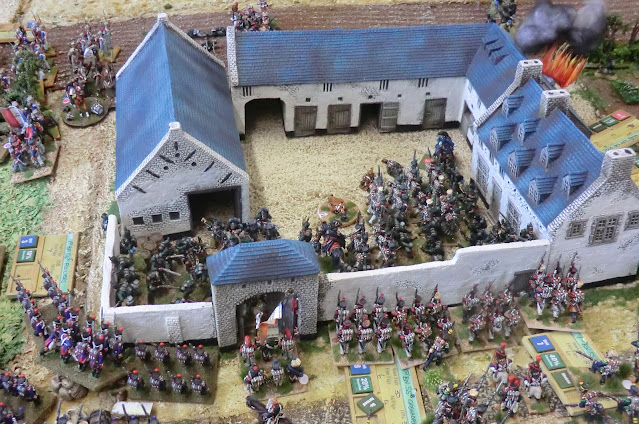 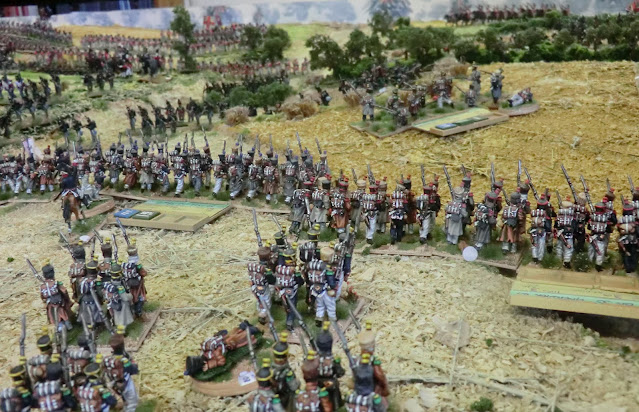 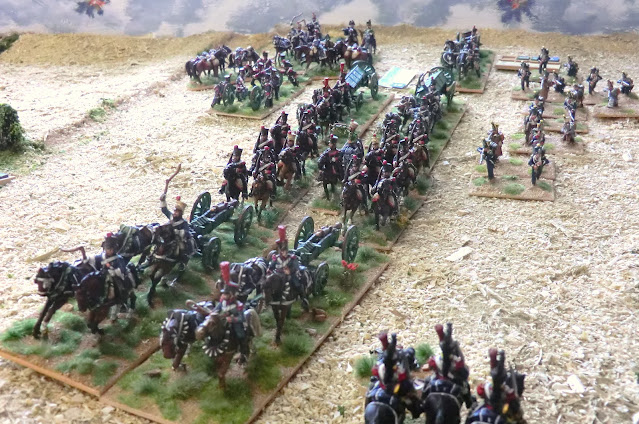 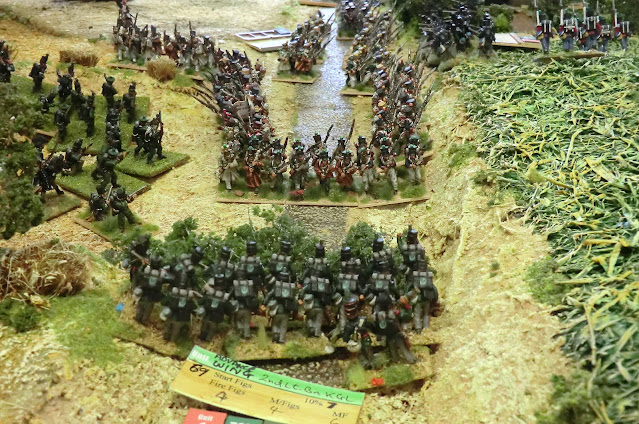 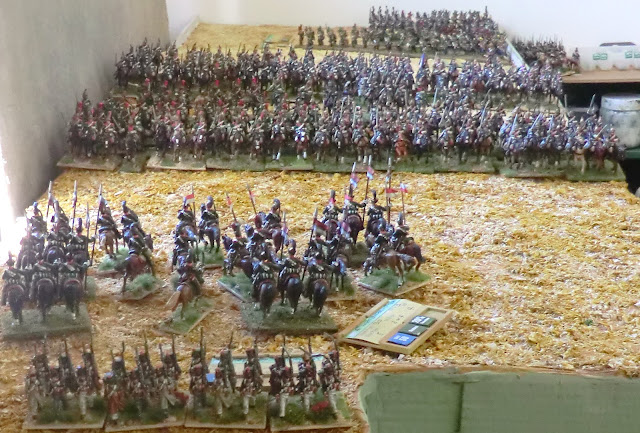 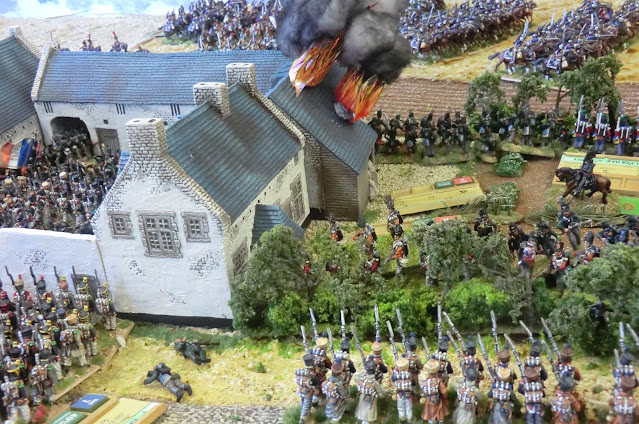 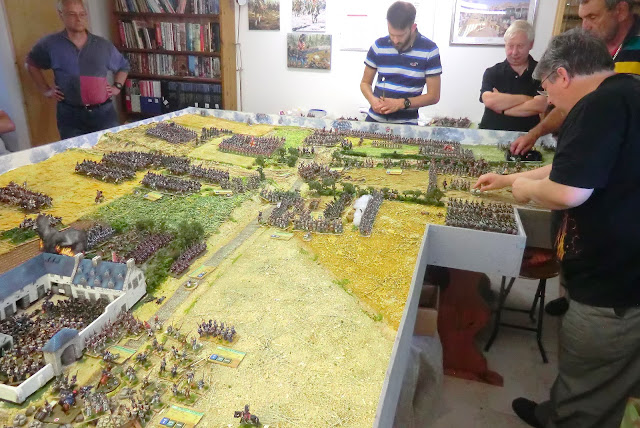 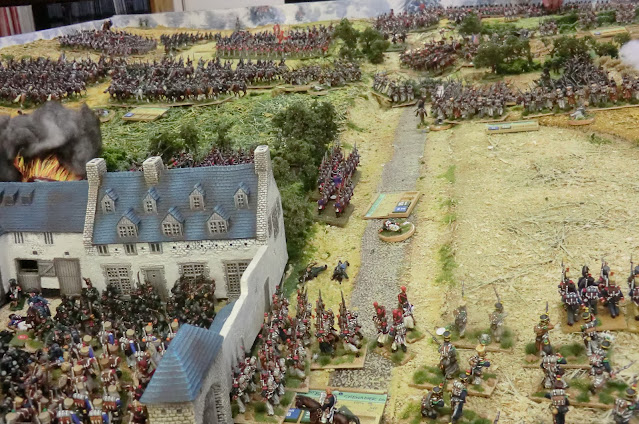 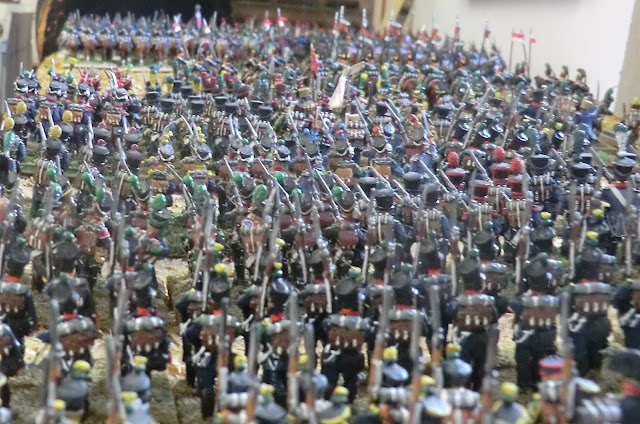 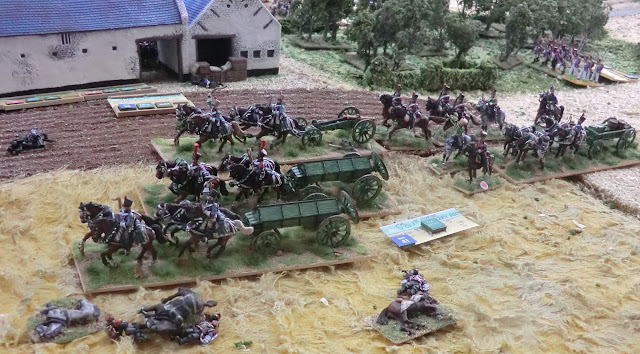 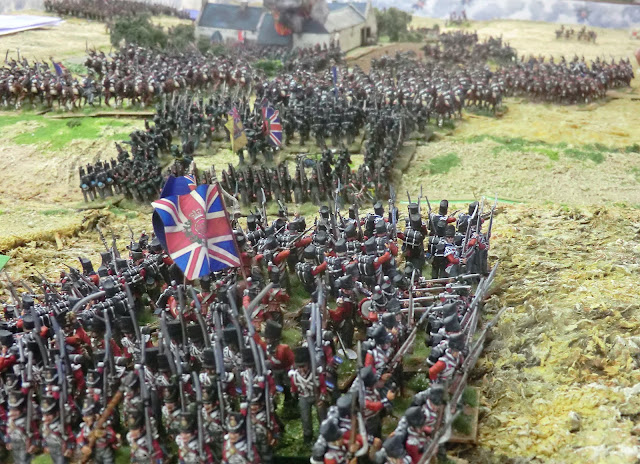 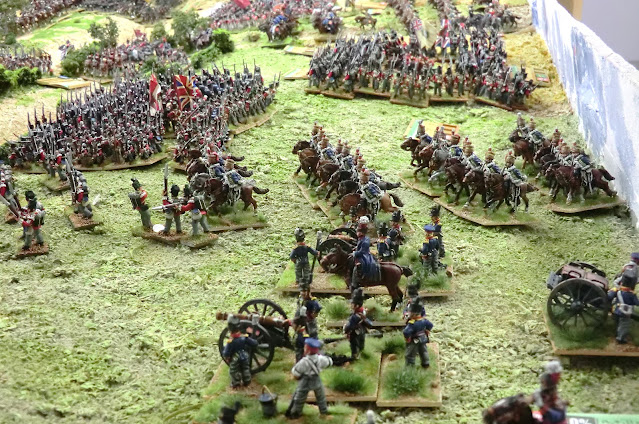 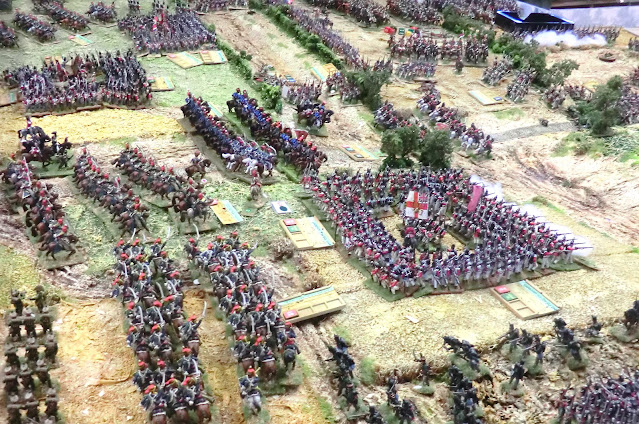 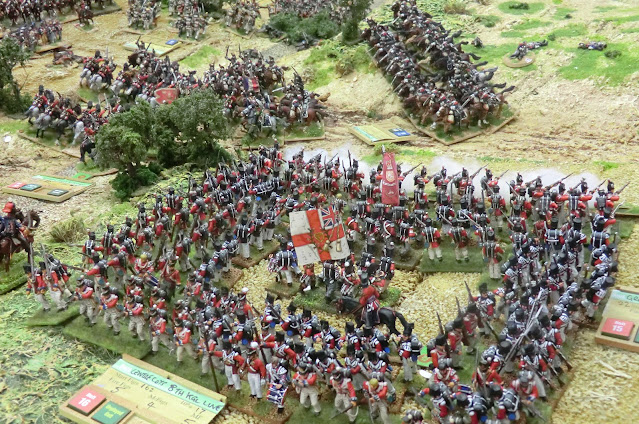 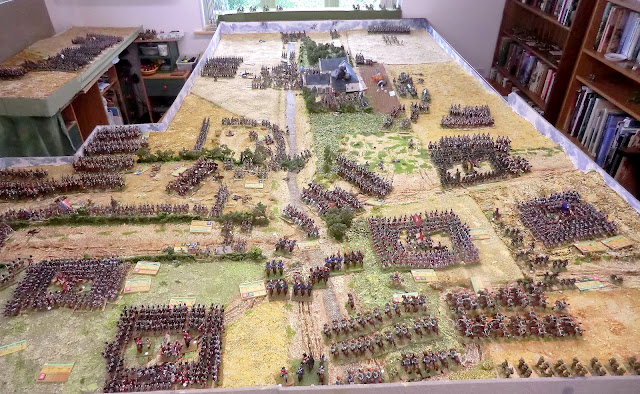 If you want more photos, including close-ups, please take a look at the dedicated "Page" linked from the top of the right hand column of this blog.

Apart from the need to show again one of our greatest achievements this post is an unashamed plug to get you to look at my figures for sale on Ebay. These final ones are several companies of the 95th Rifles, including some rare Alban Miniatures designed by the late, great, Richard Ansell. So if you still have gaps for Riflemen in your Waterloo or Peninsular armies now is the chance to buy a little bit of our West Country wargaming history.