It might seem a bit "sad" to be posting on Christmas Day but I was going to email the Quatre Bras project team and send some reassuring photos when I thought it would be just as simple to blog it to them. So Happy Christmas Kevin, James, Tony and Richard :-) 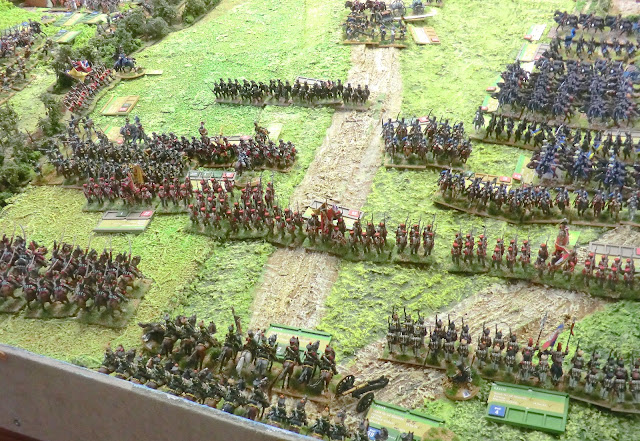 The thin red line in the foreground is three Landwehr battalions, Verden, Osterode and Munden, of 4th Hanoverian Brigade. Only three? Well I have to confess that I ran out of time back in September and could only give Kevin three finished battalions for the game. He took it well, like the gentleman he is, and we claimed the fourth battalion, Luneburg Landwehr, had got pushed off the road to QB by a British Guards Battalion taking precedence!

So this post is mainly to reassure Kevin and James that Luneburg Landwehr are now complete and will be ready and drilled for QB Part Two. They have that "lived-in" look I like given by Army Painter Quickshade and have just the matt varnish to do.  Here are the pictures to prove it. 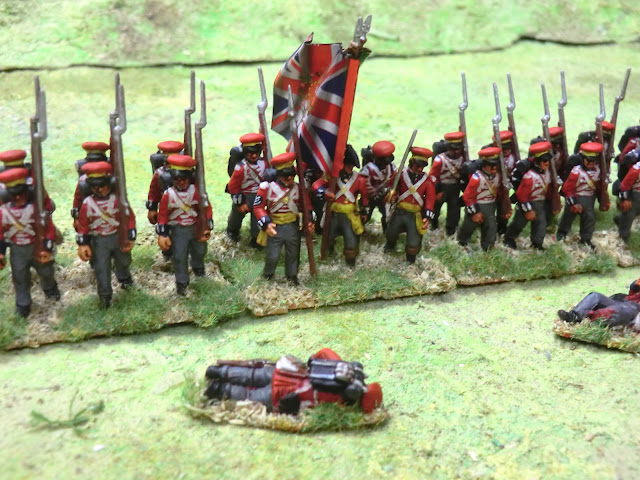 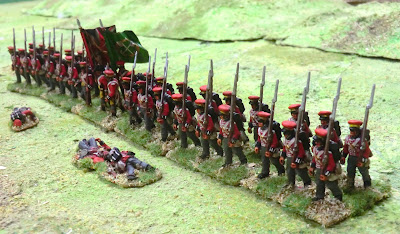 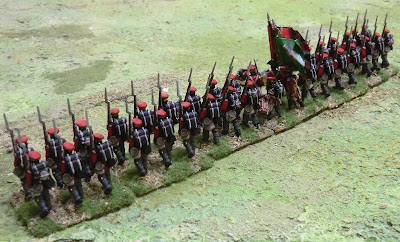 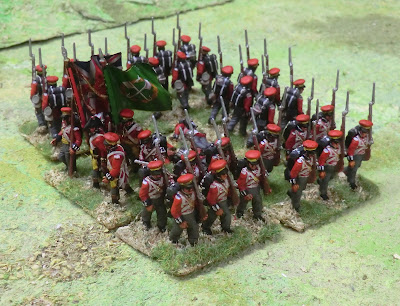 For those who care about such things the brigade started as a job lot of Warlord Games plastic when they had a massive sale of surplus sprues.  These were for the basic infantry, and I converted  a variety of figures I had in stock for all the officers, NCOs and musicians. These were a mixture of Victrix Peninsular British, and Perry metal Hanoverians, some repainted from my 1:3 scale La Haye Sainte Hanoverian battalions.  Just for fun here are some photos I took when I was busy on the assembly line - raw casting parts stuck together and then all four battalions having just received their Army Painter red spray undercoat. 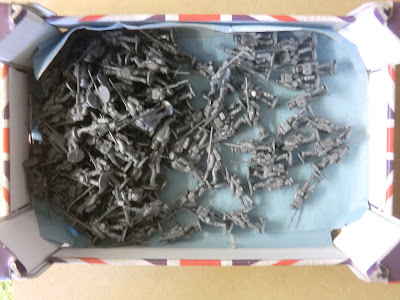 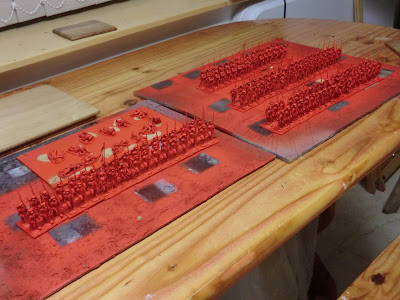 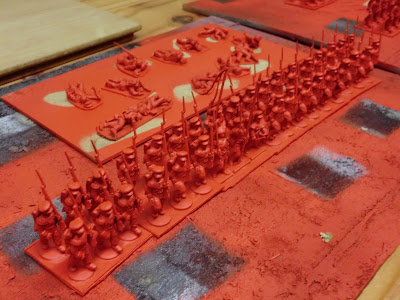 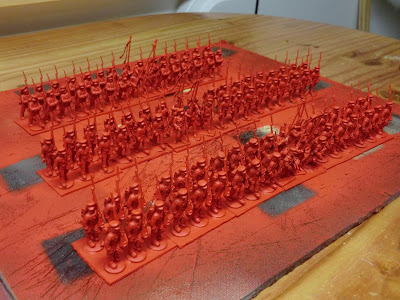 As I did for the 1:3 massive battalions I painted as many as possible "in one go" but  in this case I ran out of time on the last 36. They won't win any prizes but I'm still very pleased with the overall effect,  I think it is a smart and business-like uniform even if they count as Raw in the game.......

Project team - see you at Quatre Bras Part Two.  Punters - many of you have your invitations now so I hope you will be able to come. Meanwhile have a Joyous New Year.