There are a couple of really useful comments made on an earlier posting when I got one of my Hussarettes to pose with her horse. Please see
can-blackpowder-era-cavalry-really-fire mounted

I can't satisfactorily answer the question posed by Archduke Piccolo without a photo and that is difficult (if not impossible) in the Comments section.

Yes, we did do some firing from the flank and here is an example 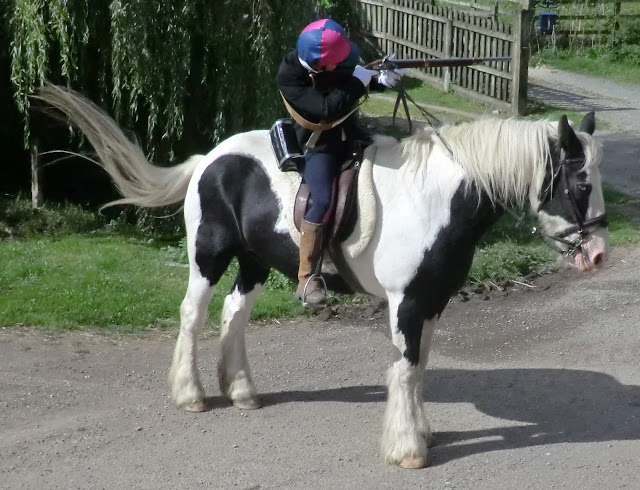 Yes indeed, only firing to the left seemed practicable and it resembles the Detaille sketch of skirmishing in the earlier posting. Bob seemed better behaved for this so I don't know if it was the rider's body position or the different pressure on the reins. However, the point I was trying to make was that lining up your mounted cavalry for volley type fire, as if they were mounted infantry, and popping away at an approaching enemy, was not going to be easy. If you wanted to skirmish then most troopers would have to put their steed at right angles to the enemy to fire from the flank. This would obviously take up more space in the battle line.

Firing with the pistol was no problem as the rider had full control of the horse with the left hand. 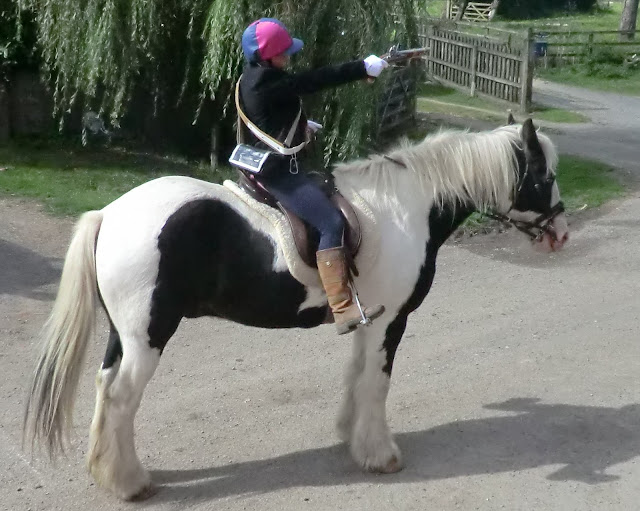 I deliberately entitled this posting for the "Blackpowder era" meaning up to say, the American Civil War, due to the generally lengthier firearms and difficulty in loading, making all horseback activities more difficult. It seems very likely that with the easy loading, quick firing, and generally shorter weapons of the late 19th Century some of these issues were mastered. It also seems obvious that if you save your firearm till your similarly mounted enemy is only 10 feet way then there is little danger to your horse as the target looms so large and at your level - so shotguns and pistols must have been tempting if your opponent had his sword drawn!

And it was not all serious..........Hussarettes need some fun to lighten the burden of historical research 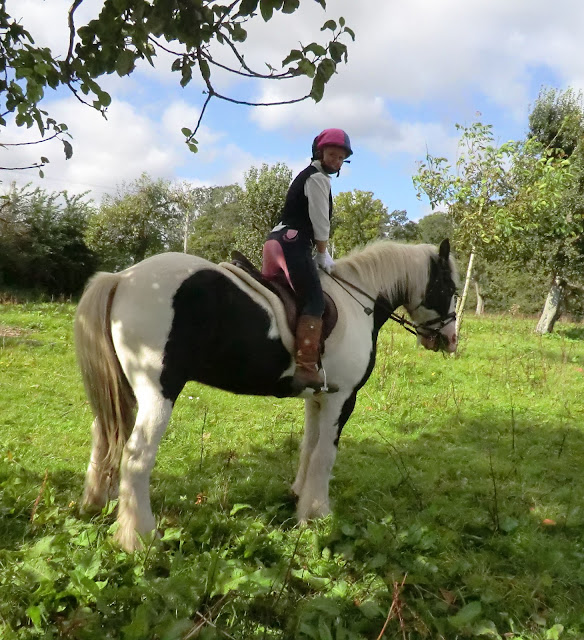 Obviously the artist took this photo for the beautiful play of dappled light on the ...er....flanks :-)
Eyes Front!!!