One method of making a stream

Recently I posted on the AMG Forum a few photos of "My next engagement", which will be the third in our series of test games of the Rank and File rules with a view to refighting Quatre Bras with 28mm figures at 1:20 scale. Here is quick look at the (fictitious) terrain ready. 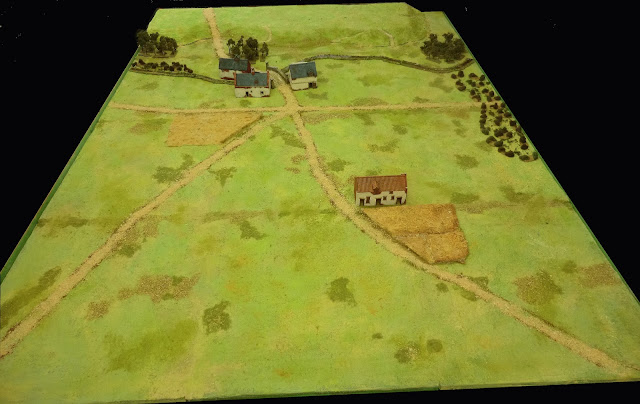 It includes a rather lazy looking stream and I was asked by one of the members to do a "how I did  it" so I thought putting that on my blog might be of interest to a wider audience.

Some of you will have seen this stream before as it has featured in a couple of my games earlier this year and I'll have to ask your indulgence as I made it back in April and I'm having to rely on photos taken at the time as a memory jogger on the process.

It all started when Kevin devised a map for Test game 2 and I got to thinking about how to do the stream as I was a bit disenchanted with the home made one I had been using, on and off, for about 20 years. I had in store some hardboard strips I had prepared years ago and never got round to doing anything with them.

First of all I laid these down on the table to make them approximately fit Kevin's map. There is a little branch making a millrace. 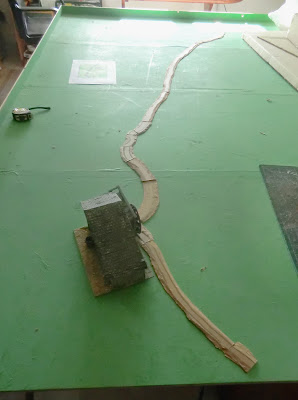 You can imagine that they were once a single piece of hardboard marked into lengths and cut out. Then with a very sharp craft knife the sides were chamfered to leave about an inch wide flat top and sides sloping down to table level. 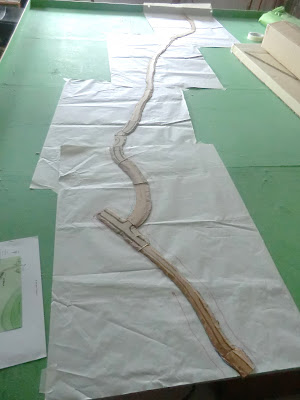 Now I'm going through a phase of being irritated by joins in terrain so I decided I wanted to minimise that this time by sticking the pieces together and then reinforcing the joins underneath with masking tape. Then I lightly glued them down onto paper to prevent paint spills on my table top. When it was finished I hoped to remove it as intact as possible and place on top of a books-and-cloth terrain. 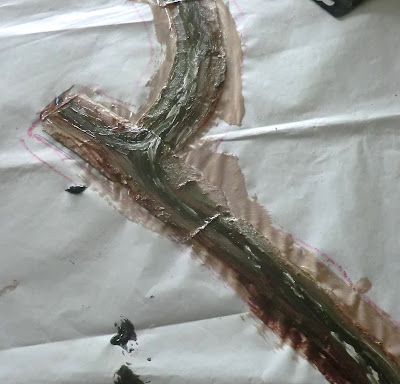 When dry it is time to do something on the banks, and each to his/her own taste on this. You will notice I have prised it off the paper and transferred it in long but manageable sized pieces onto a large piece of cardboard, as this stage is messy. Below are some of the main ingredients I used.

Because my stream originated in pieces it was relatively easy to use a sharp knife to cut it at strategic places for moving, and I've since cut it again so it's more like your conventional river sections, allowing some flexibility. At this point though every modeller will know what they want to do with it, but for completeness here's what happened next.

Finally the action of our Rank and File test game 2 - The battle of St Metard, is well under way. This was fought by James and Kevin over two days in late April. 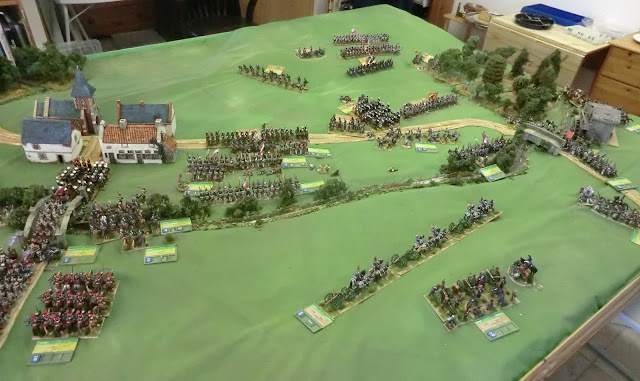