This posting is just to point you to another Guest Page I have added to show off the charming "old school" style Seven Years War set-up of Ian Allen, using 15mm figures. Please see the tab for "Ian Allen 3" above, or click this link. ian-allen-3
But it's more than just an account of a wargame with photos. Ian has played out both the cavalry battle and the full infantry battle using the Blackpowder rule set and he is deliberately light on narrative so that more space can be given to discussion of pros and cons of the BP system.  For that reason I've also added a very useful summation of BP by my other guest, Terry Preen. I hope visitors too will join in this discussion if you have points to add, or merely to thank Ian and Terry for presenting us with the fruits of their endeavours in combining the new with the old in the true spirit of this "not just old school" blog.

Here's a photo of Ian's game - plenty more on his page. 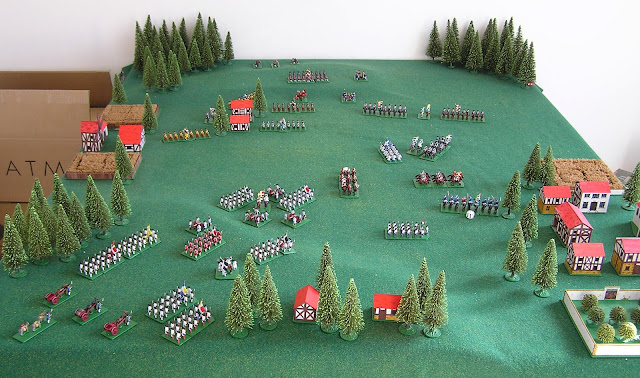